Leicester City have an exciting opportunity to join their award-winning Sports Turf and Grounds Team as a Skilled Gardens and Landscape Operative.

Working under the guidance of the Gardens and Landscapes Manager, the ideal candidate will have exceptional interpersonal skills with a focus on team ethics and high standards.

In 2010, the Club was bought by Asian Football Investments, a Thai-led consortium fronted by King Power’s founder and Chairman, Vichai Srivaddhanaprabha. The stadium was named King Power Stadium in 2011 and one year later in 2012, King Power International became sole owners of the Club.

Leicester City Football Club is an ambitious and forward-thinking club. It is deeply committed to the local community and its supporters and continually strives to ensure that every point of engagement with fans is truly world class including the experience on matchdays.

The Club is now continuing to make significant strategic investments across the whole organisation and major expansion plans are in hand. It is an extremely exciting time for the Club with plans for a new state-of-the-art 180-acre training ground soon to open.

Based at Leicester City’s new world class training ground, the role will work within the Sports Turf and Grounds Team.

The postholder be responsible for helping the grounds department maintain its off pitch areas to an exceptionally high standard.

Duties will include hedge trimming, weeding, planting, watering and maintenance of the Club's off pitch areas, borders and planted areas.

Who we're looking for

The ideal candidate will hold a minimum of an NVQ level 2 in Horticultural Studies or a similar equivalent, as well as a PA1, and six qualifications in the safe use of pesticides and spraying.

They will have the ability to work as part of a team but also be able to operate on their own with good initiative.

Leicester City Football Club offers a competitive salary and pension scheme with life assurance to all its permanent employees.

Employees are able to benefit from free onsite parking as well as an onsite staff restaurant.

Leicester City Football Club is an equal opportunities employer and we positively welcome applications from all candidates regardless of age, disability, gender identify or expression, marriage and civil partnership, pregnancy and maternity, race, religion or belief, sex and sexual orientation.

Leicester City Football Club is committed to safeguarding and promoting the welfare of children and young people and expects all staff to share this commitment. As such, you may be subject to a satisfactory enhanced disclosure via the Disclosure & Barring Service and prior to taking up any role.

A shortlist of suitable applicants will be compiled shortly after the closing date and successful candidates will be contacted about the interview process.

If you feel you have the qualities and experience we are looking for please apply by sending an application form , along with a covering letter, by email to recruitment@lcfc.co.uk

To progress your application, candidates must also complete an Equality Monitoring Form; this will be treated in confidence to your application and will aid LCFC in our obligations and commitments to support diversity and inclusion.

A detailed job description can be found here.

Contact details are not available for expired adverts
Jobs Home 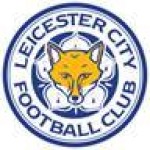