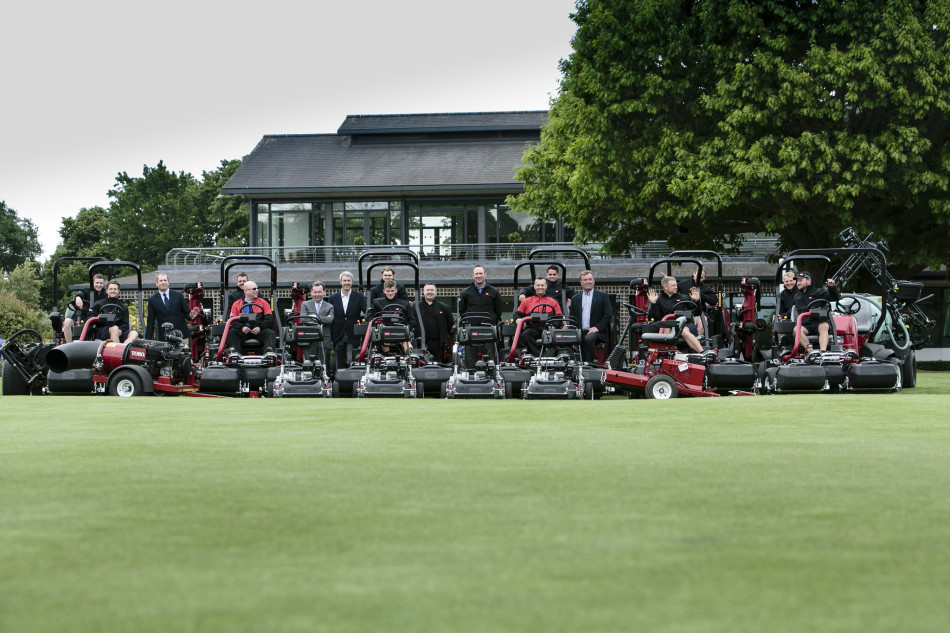 2017 marks the club's 125th anniversary and coinciding with that the club board was presented with a proposal to purchase 18 new turfcare machines by course manager, Gavin Kinsella, which they unanimously decided to action.

Gavin, who has been at Royal Mid-Surrey Golf Club for ten years and heads up a team of 16 greenkeepers who maintain the club's two 18-hole courses, says: "We have an extensive fleet and place huge demands on each machine, so it's important to have a regular replacement programme. We replace the machines based on their hours of work and general condition. It so happened that the purchase coincided with our 125th anniversary year, which brings with it a packed calendar with celebratory events planned for every month of the year, and in many cases multiple competitions in a month."

The initial reasons Royal Mid-Surrey opted for Toro in 2005 was for ease of use and machine speed over the ground, and it appears its performance has been nothing but exemplary. With two 18-hole courses to tend, each offering two very different tests of golf, Gavin needs to know he can rely on the machines to give a true cut.

He says: "We have 18 USGA spec greens on the JH Taylor Course and a reputation as one of the best golfing experiences in London to uphold. Both the JH Taylor and Pam Barton courses offer fast true greens and that has been the case since the club opened in 1892. With so many years of golfing history to maintain it's essential we can rely on the kit to get the job done."

When a course is specifically created with 'humps and hollows' for distinctive character as Royal Mid-Surrey was by JH Taylor and greenkeeper at the time Peter Lees, it requires a talented course manager, a skilled greenkeeping team and a reliable fleet to ensure that character is presented as intended 125 years later. It's thanks to Gavin, his team and Toro that this is the case.