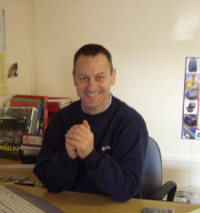 Elected officially by members of the division in early November, William will serve as chairman for the next two years. The association's new vice-chairman, also elected in November, is Graham Longdin, of Agripower Sportsturf Limited.

Speaking following his appointment, William Martin commented that he would be doing his utmost to give governing bodies and prospective clients the security that by choosing a SAPCA recognised natural sportsturf contractor, a project will be completed to the highest standards.

Among its main roles, the division has been formed to represent and promote experienced contractors that meet the Division's agreed membership criteria, to promote high standards of construction within the sportsturf industry, and to provide a valuable forum for on-going dialogue within the industry involving contractors, manufacturers and suppliers, consultants and specifiers, governing bodies and funding agencies.