Royal Norwich Golf Club has already been benefitting from Toro machines as it builds its new golf course from scratch, but now Course Manager Peter Todd has also enlisted the help of a second Reesink Turfcare brand, 1st Products. 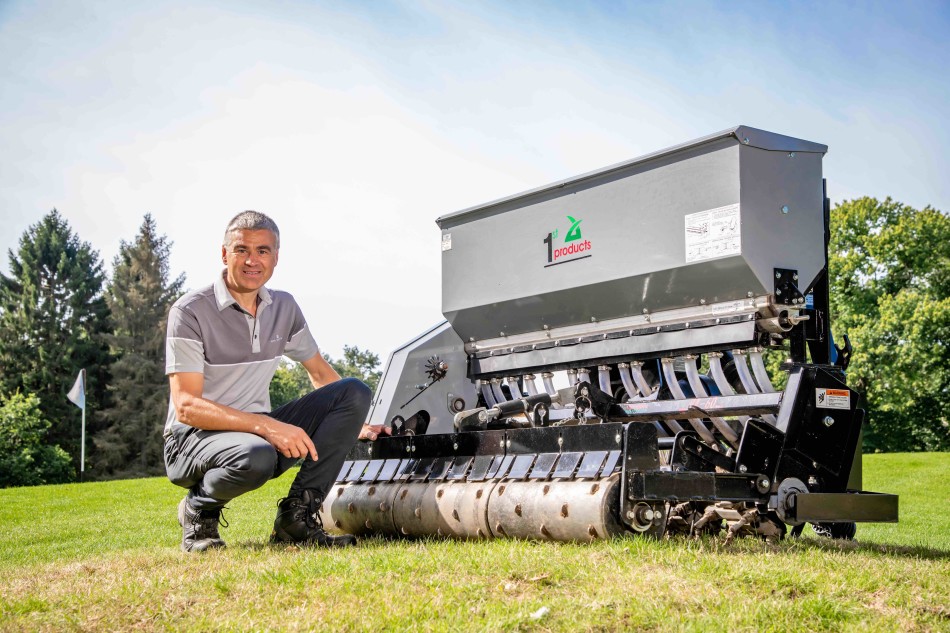 With construction traffic at the club creating compacted turf, Peter needed a robust attachment able to break down compacted soil easily, and it was the 1st Products UA60 AERA-vator that proved up to the task.

And it's no surprise considering Peter's long history with the product. "I used the AERA-vator at my previous club in London for 20 years," he says. "The fact we had that machine for so long just proves how robust and capable it is."

This time however, Peter has made a significant upgrade with the addition of an optional seeder. "The seeder option saves a lot of time because I can now re-seed new turf at the same time as breaking down the soil. Having used the AERA-vator before, I knew that it would do the job well and would be able to deal with tough conditions easily but with this extra feature it's even more impressive."

Despite initially being brought on board to deal with the compacted soil from tracks made by construction traffic, Peter has long term plans for the AERA-vator.

"There's currently a lot of construction going on as we gear up to our opening this Autumn," he says. "As a new site with a lot of ongoing activity, it's inevitable that there will be a lot of compacted areas in the first few years. However, I know from experience it's also a long term issue for walkways and it's going to be particularly vital to keep these in good condition here at Royal Norwich.

"We wanted to create a course that looked as natural as possible, so wherever possible we've opted not to have hard buggy tracks made from tarmac or gravel. Instead we have grass walkways and we will need the AERA-vator to carry out annual renovation work and keep them in good condition."

And with Peter's experience with Reesink Turfcare, there was no question in his mind that they would provide what he needed.

"Reesink products always present excellent value for money," concludes Peter. "With machines and equipment that do the job well and are competitively priced, alongside excellent service - I didn't have to think about the decision. I knew instantly I wanted to go with Reesink Turfcare and 1st Products."