by Amy Farnworth
in Multi-sports venues, Synthetics, and Football
on 15 Sep 2021 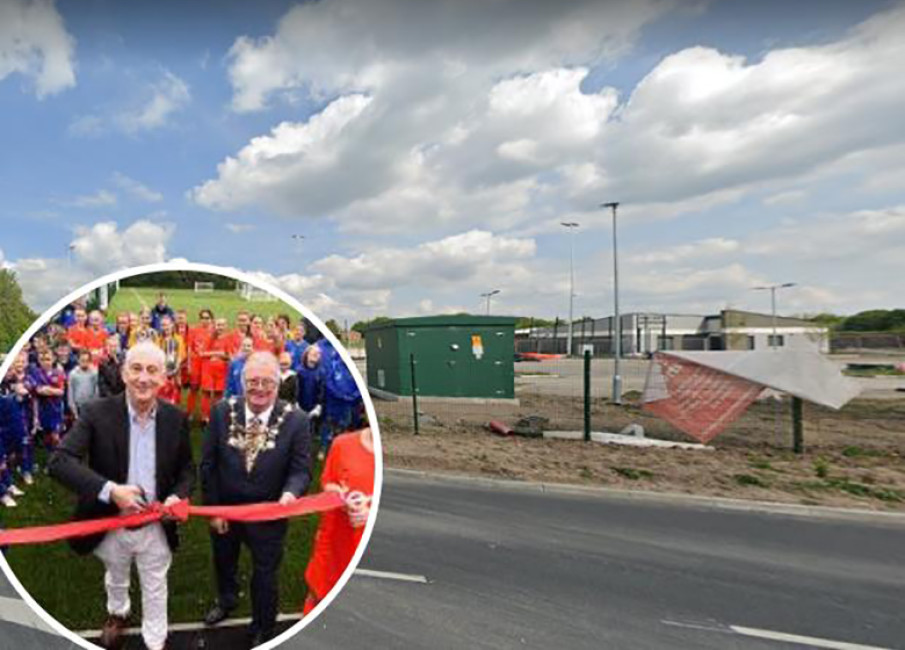 The new £2.7million complex in Astley Village, owned by Chorley Council, was made possible thanks to a £647,595 from the Premier League, The FA and Government's Football Foundation and will provide first class sports facilities to the local community.

Sir Lindsay said: "It is wonderful to see the new West Way Sports Hub opened as this will provide outstanding sporting facilities for local people.

"With new changing facilities, a 3G pitch and improved grass pitches I am sure that local sports clubs and participants will take full advantage of the West Way sports hub.

"I have always championed the need for better sporting facilities and I would like to congratulate Chorley Council for placing significant investment in the Sports Hub in addition to attracting funding from its partners, such as the FA and Sports England, to ensure that we have modern facilities which can cater for a wide range of local sporting groups."

Deputy Leader of Chorley Council, Councillor Peter Wilson, said: "We have worked closely with funding partners over the last couple of years to bring our ambitious plans for this facility to life.

"Sport is so beneficial for both physical and mental health, so having these first-class facilities here in Chorley for all ages to use is really important."

Guests were able to watch children from some of the facility's partner clubs be the first to play football on the new pitch, and view the new facilities, which include new pavilion (and changing facilities), 3G football pitch and significant improvements to existing pitches.

Head of Facilities and Investment, Lancashire FA, Lee Boyer, said: "On behalf of the Lancashire FA we are delighted, to have this new hub in place, making an enormous, positive impact on the football community throughout Chorley, be it traditional club players or those looking for more recreational and educational opportunities.

"It will also contribute not only to the aspirations, as recognised in our work with partners across the borough, to identify football facility improvement, via Chorley's Local Football Facilities Plan, but our ongoing determination throughout the county, to see significantly enhanced and high-quality facilities established, where people of all ages and abilities can engage in football.

"This continued partnership with our local football family, Chorley Council and the Football Foundation will no doubt see the Westway Sports Hub, provide a greatly needed platform to sustain and grow the sport."

The facility is also home to a compact athletics track (which includes sprint lanes, a long jump pit, storage containers and additional floodlighting) funded by Chorley Council and was used at the opening event by Chorley Athletics and Triathlon Club.

Planning consent for the development was granted in late 2019 with a separate application being granted at a later date for a council funded compact athletics track.

Work started at the site located between Westway and Chancery Road in Astley Village in July 2020.

As part of a phased opening the facility is welcomed the partner football club for training sessions and match play from September 4.

Further staff are being recruited to allow the site to open to the wider public in October/November.

Future plans for West Way Sports Hub include new footpaths around the grass pitches and a new playground to be built adjacent to the pavilion to be supported by the Astley Village Parish Council.