by External source
in Industry News
on 11 Jan 2015

Last year was the UK's warmest since records began in 1910, the Met Office has said. 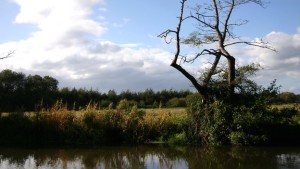 It was also the warmest year in the Central England Temperature series, which dates back to 1659, and is the longest running record of its type.

The UK's mean temperature for the year was 9.9C - that is 0.2 degrees higher than the previous record set in 2006.

But no month saw record temperatures - instead each month was consistently warm, according to the Met Office.

In August, temperatures were below average.

Last year's record means that eight of the UK's top ten warmest years have occurred since 2002.

The analysis also shows 2014 was the UK's fourth wettest year, with 1,297.1 millimetres of rainfall.

It was the warmest year on record for all nations and regions in the UK apart from Northern Ireland, which had its joint third warmest year behind 2007 and 2006.

In December, the World Meteorological Organization (WMO) said that 2014 was set to be the hottest ever worldwide, confirming the underlying global warming trend.

Five of the UK's top six wettest years have occurred since 2000, according to the data.

It was also within the 20 wettest years in the England and Wales Precipitation series which dates back to 1766. However, no individual regions had their wettest year on record.

A large contribution to the high annual rainfall total came from very wet weather in January and February.