Montrose Golf Links, which boasts a 450-year history, has already had to make alterations to the opening holes on its famed Medal Course, with the third tee box moved in order to bolster rocks at the second tee and first green, all of which run right along the coastline. 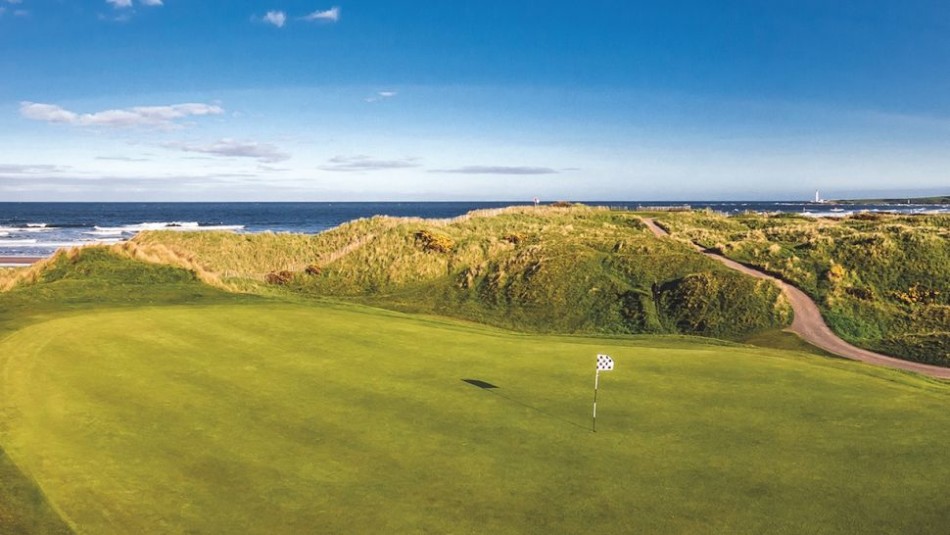 Now, there are fears that unless funding is granted to protect the 36-hole venue, some holes could be lost entirely as a redesign moving the course dramatically inland would be required.

"As the sea rises and the coast falls away, we're left with nowhere to go," Chris Curnin, financial director at Montrose Golf Links Limited, told bunkered.co.uk.

"Climate change is often seen as tomorrow's problem, but it's already eating away at our course. In a perfect storm we could lose five to ten metres over just a couple of days and that could happen at pretty much any point."

At the moment, the rate of erosion works out at an average of 1.5 metres per year. It may not sound like much, but it is enough of a concern for the Scottish Government to have got involved as the issue could have far wider-reaching consequences. 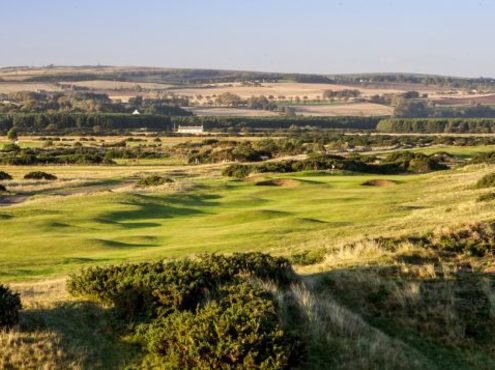 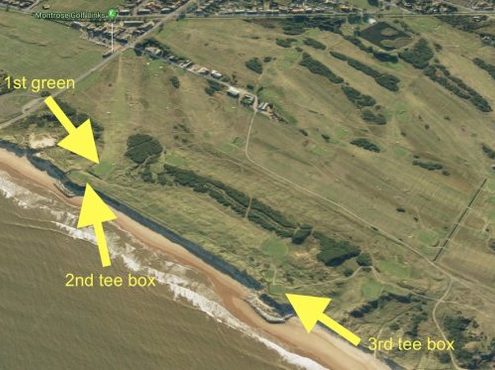 The course is situated between the dunes and the town and, if that defence was ever to be breached, it would open up Montrose - which has a population of 12,000 - to serious flooding.

Cabinet Secretary for the Environment, Climate Change and Land Reform, Roseanna Cunningham MSP, visited the area recently to survey the impact the erosion is having and Curnin has urged the government to make Montrose a priority in the next batch of funding for that sector.

"We are pinning our hopes on being included in the next round of funding for coastal protection, which is in about five years' time," he continued.

"If Montrose do not receive government funding to protect the dunes, it would be a big, big problem. We would have to dramatically move the course inland. That'll cost millions and it means losing a slice of golfing history we won't ever get back.

"Protection for the golf course would also prevent the town of Montrose flooding. The golf course surviving is actually just an important by product of protecting Montrose."

You can read the original article from Bunkered HERE