The pitch, which was originally installed in 2013, will be replaced and the Cardiff Blues may not return until next year 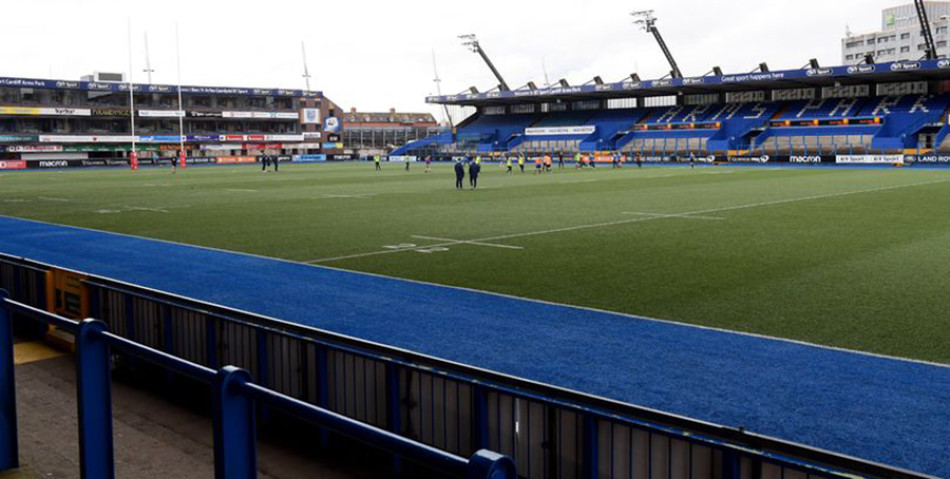 Cardiff Blues have been forced to replace the entire £400,000 3G playing surface at the Arms Park after damage caused by its role in the Dragon's Heart Hospital.

The ground became part of the neighbouring Principality Stadium field hospital operation in March to help deal with the fight against coronavirus, but was decommissioned last month.

And inspections of the surface have found issues caused by power generators and other equipment are so severe a full new artificial surface is required.

It means the Blues won't be able to play there until at least the end of November, but they could well be absent until next year. The team will play home matches at Rodney Parade in Newport during that time.

The surface was installed back in 2013 and is used by a number of teams and community groups, as well as the PRO14 side.

The cost of the new surface will be covered by insurance.

Chief executive Richard Holland told a fans' Q&A on Wednesday: "We handed over the pitch to the NHS to be part of the Dragon's Heart Hospital and, unfortunately, due to the longevity of the generators and the marquees and everything else that went into supporting the hospital it has done some damage to the pitch which means we are going to have to put a new surface in.

"As it stands all of our fixtures until the end of November will be played at Rodney Parade. We are waiting for our suppliers to give us a timeline and it may be until the end of December that we 're not able to get on the Arms Park."

"The only positive is that the surface at Rodney Parade is fantastic. It's not ideal but we will be back there on a new artificial surface and that process will start in the coming weeks."