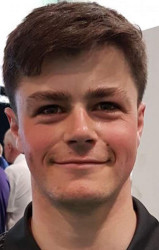 The trio were part of over 5,000 budding long drivers who entered the event that is run by the nationwide golf retailer. Their achievement leaves them just one step away from the national title and a place in the World Championships in the USA.

They will now line up against the best long drivers in Britain at Heythrop Park in Oxfordshire on August 4, where they will battle it out for the national title and the only UK Under 45 qualifying spot for the World Championships in Oklahoma.