by External source
in Renovations & New Builds, Rugby, and Cricket
on 22 Oct 2017

The mystery backer helping fund the multi-million pound redevelopment of Headingley Stadium has been revealed as insurance and investment management group Legal & General. 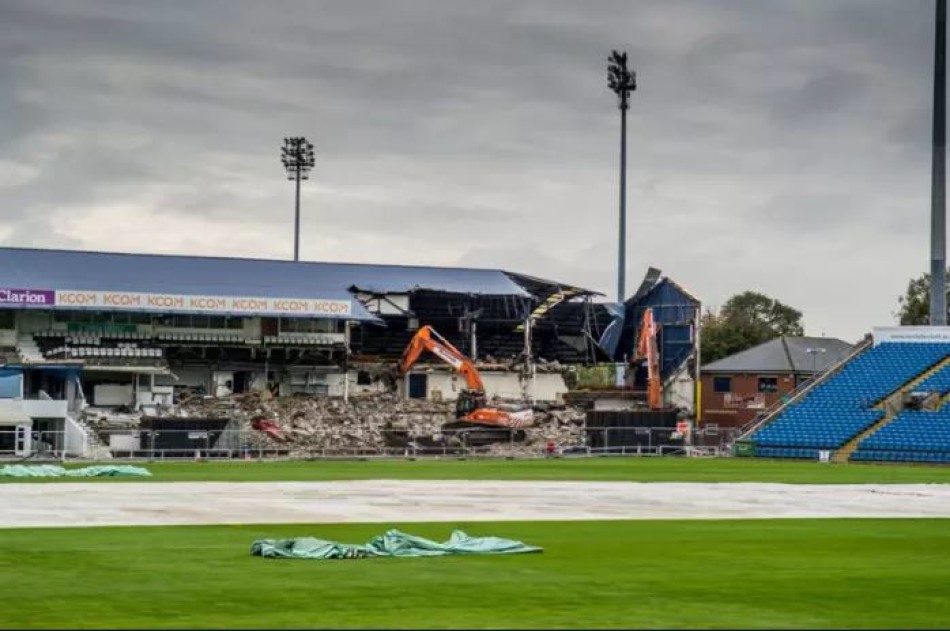 Leeds City Council announced in March it had reached an agreement with a London-based financial institution which would allow the £40m revamp go ahead. Legal & General has now revealed it is the company involved. It will provide £35million of the cost - to be repaid by Leeds Rhinos and Yorkshire County Cricket Club in rent - with the rugby club funding the rest. The financing - on behalf of Legal & General Retirement - will take its total investment in the city to more than £600m.

The project includes a new main stand, shared by both Leeds Rhinos and Yorkshire and the rebuilding of the rugby side's famous South Stand.

The property will be let to Leeds City Council on a 42-year lease and under-let to the rugby and cricket and clubs jointly. The South Stand was demolished in August and work began this month on the back-to-back main stand.

The redevelopment - at what will be known as Emerald Headingley, under a naming rights agreement announced earlier this year - is due to be fully completed in 2019.

Rhinos chief executive Gary Hetherington said: "For a number of years, we have been working closely with Leeds City Council and partners to find a solution to ensure international sport continues at Headingley and we appreciate all the effort and commitment put in by Leeds City Council to broker this deal. These are exciting times on and off the field for Leeds Rhinos with the re-development work well underway now and our team becoming champions once again for a record eighth time.

"We look forward to a bright future and continuing to proudly represent our great city at our iconic home for generations to come."

Mark Arthur, Yorkshire's chief executive, added: "We are truly grateful to Leeds City Council for brokering this deal with Legal and General.

"The resultant effect is that Yorkshire County Cricket Club can look forward to sustained growth over the short, medium and long term. The redevelopment began in earnest just last week and our ambitious plans to redevelop the North-South Stand can now be realised.

"The club is striving to become one of the top-four Test grounds in the country and, with a new stand in place, we can look forward to engaging with more communities and people from across the county and beyond."

The project is expected to create local jobs during the reconstruction and in the longer-term and generate additional expenditure of more than £107m by 2023. Giving her reaction, Leeds City Council leader councillor Judith Blake said: "Headingley Carnegie Stadium is a truly iconic venue which as the home of Yorkshire, Leeds Rhinos and Yorkshire Carnegie, is loved and celebrated by people across the world.

"We were determined to find to a way to ensure that top-class sport could continue to be played at Headingley through the redevelopment of the stadium. I am delighted to say that in Legal & General we met an organisation who very much shared this ambition.

"Through this agreement, Legal & General are playing a key role in ensuring that not only will Headingley be a modern and first-class venue, but also that the significant economic benefits that are brought to Leeds and the wider region through the hosting of top-class matches will continue.

"We would like to thank Legal & General for their hard work and diligence with partners in reaching this agreement."

Pete Galdwell, head of public sector partnerships at LGIM Real Assets, said: "When institutions such as Legal & General were created in the early 1800s we were the original crowd-funding platforms; investing society's capital for society's benefit. This investment is the latest example of our rediscovering that ethos, investing at pace in the social fabric of Yorkshire, as part of a wider partnership with a proactive and collaborative local authority.

"This investment is in line with our desire to transform and reshape Britain's landscape by improving and better utilising our existing infrastructure."