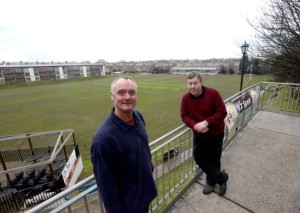 Weather worries will no longer cast a cloud over a city sports club after it secured £50,000 in Lottery funding.

Historic Ashbrooke Sports Club is among 97 sporting projects across the country to be given a share of the £5.5million from Sport England's Protected Playing Fields' funding pot.

The site, which first opened in 1887, is the home of Sunderland Rugby Club, Sunderland Cricket Club and also houses a gym.

But its pitches are often unplayable during periods of bad weather due to drainage problems, leaving teams and school pupils without the chance to practise and compete.

News of the grant comes just months after the club also scored another £50,000 grant from Sport England, with that money going towards improvements to the changing rooms.

Ashbrooke's sporting manager, Gerard Harvey, said the cash will provide a huge boost to the club.

He said: "Drainage has been a problem for the club for well over a century.

"We could not afford to make the improvements without the help of the grant and in the future, we should be able to play all our grass sports and train without worrying about having to cancel.

"Sadly, members are all too familiar with our blackboard message - 'Event cancelled - ground unfit'. Not anymore.

"This is our second grant from Sport England and the National Lottery this year and we will be eternally grateful for what they have enabled us to do."