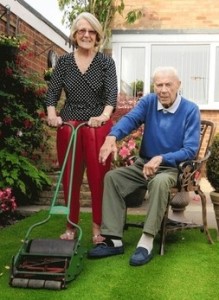 A Legend of cricket groundskeeping is celebrating 60 years of growing his marriage to perfection.

Former Essex County Cricket Club and Oval groundsman Harry Brind MBE and his wife Pat, of Barnard Road, Galleywood, will raise a glass at a lunch surrounded by 50 friends and family next month to mark their diamond wedding milestone.

"We've had a wonderful life," said Pat, 77. "There's been ups and downs along the way but after 60 years we're delighted. Harry is very generous and very placid but now he needs to behave himself because he needs taking care of."

Harry, originally from Hammersmith, and Pat, from Yorkshire, met at a village dance while the two were living in Putney in 1953.

The happy couple moved to Chelmsford in 1965 when Harry sealed his job as leading groundsman at Essex County Cricket Club, a time when the club, with as little as 12 playing staff, resembled "one big happy family".

Harry, who once played for the Chelsea FC youth set-up before a knee injury ruled him out at 23, was soon scouted by the big names in cricket.

He achieved "every groundsman's dream" of taking charge of a Test match venue when he was made responsible for The Oval's pitch in 1975, and where he stayed for nearly 20 years.

In 1993, and in Harry's benefit year, a reward for his loyalty and commitment, The Oval hosted a testimonial match in his honour.