0 79 not out as groundsman Tommy Curlett still rolling

Many of us may baulk at the idea of doing the same job for 55 years, even more at the prospect of still working at the age of 79, but Co Down man Tommy Curlett has no intention of abandoning his beloved Co Down cricket ground - even after five decades. 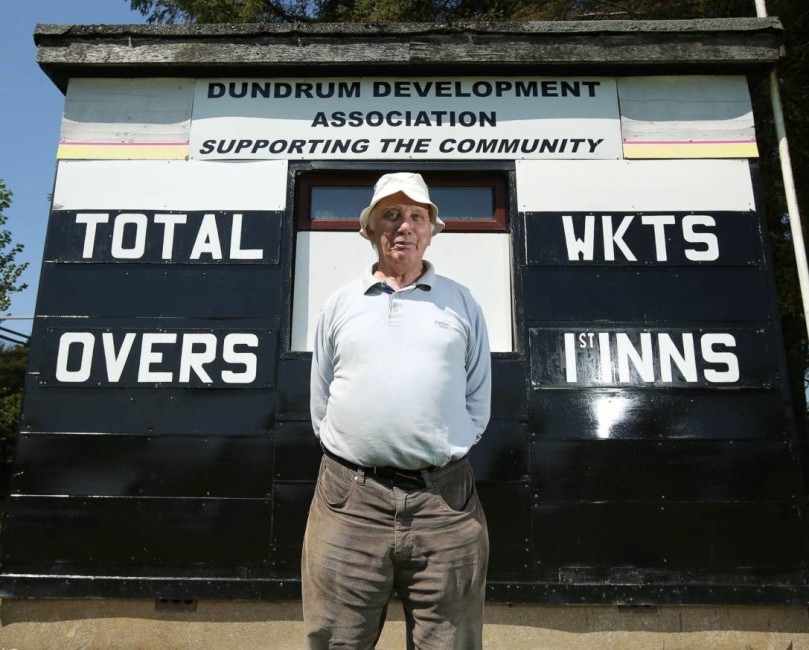 His labour of love started in 1962 when Dundrum Cricket Club was left without a groundsman.

Tommy, just 24 at that time, was the helper, but little did he know then that 55 years later he would be doing the same job - and he says he has no intention of stopping.

Curlett is a famous name in the village, especially at the cricket club, where brothers Tommy, Jack, Bobby and Jim all played for years and years, out of the limelight, not looking for honours or headlines: but such clubs are the lifeblood of the Northern Cricket Union. 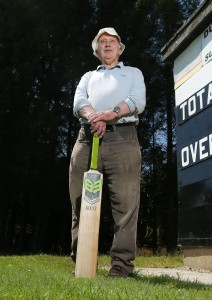 Tommy recalled: "We were playing in the East Down Cricket League and big Kenny McCammon did the ground, but I would give him a hand.

"When he left to join Downpatrick I took over, there was nothing else for it.

"They had to get somebody to do it and I have been doing it ever since."

This week the club's chairman of selectors Jeff Maguire organised a cricket match between club members young and old to raise funds to buy new covers, to make Tommy's job that much easier.

"The old covers were a dead loss," he said. "The rain kept getting underneath them so that's why we're trying to get new ones. It only took one night's rain and the game that weekend was called off."

Ironically, the day before last Sunday's fundraising match, the game against Saintfield was called off and Mr Maguire wanted to send their opponents a picture of the waterlogged pitch, to prove it was unplayable and save them from travelling.

But proud Tommy had to make it picture perfect first.

"The pitch had been marked and rolled earlier in the week but the lines on the creases didn't look very good, so I wanted to paint them again before we sent the picture.

"But the ground was ready for them, the rain overnight just ruined it," he said.

Tommy loves the game so much that he even jokes he is married to it, having never tied the knot.

"Me, I never married. I'm married to cricket," he said. 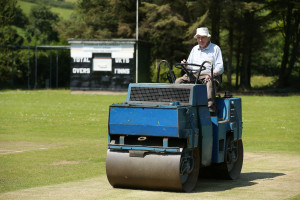 "My nephew John played cricket for Dundrum, then he went to Downpatrick, but he came back. He's 51 now, so has quit the cricket. At that age he should be retired."

However, Tommy does not appear inclined to take his own advice. "I started playing cricket when I was at Down High but I didn't play again until I joined Newcastle Cricket Club in 1959," he said. "Then, when Dundrum started up again in 1961 - they had folded for a few years - I joined them and have been here ever since. So a long time.

"I was going to stop when I was about 45, but Brian Murray, one of my team-mates, said: 'You're too young to quit'.

"I played my last game for the Firsts against Drumaness when I was 50 and then played for the Seconds until I was 65, although I didn't play much the last few years as I had knee trouble - which I still have sometimes!"

His one regret in cricket is that he didn't get to play at some of today's major grounds.

"I was disappointed not to have had the chance to play at the big clubs. We've always been in junior cricket, so missed out on playing at places like Waringstown and North Down, although I did play at the old Ormeau ground in a cup match, just once."

As Tommy was having his photograph taken for this article, four youngsters were getting out the bowling machine at the ground to give themselves some practice.

"That's why you keep going, to make sure there is a good pitch and a club for the next generation," he added.

You can read the original article from the Belfast Telegraph HERE