1 A Day with DLF Trifolium 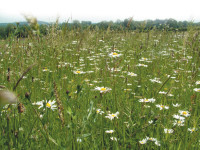 Seed companies invest a great deal of time and money into the development of new varieties. It takes between 12-15 years to breed, select, trial and market a particular grass variety. In addition there is a need to sustain and manage a distribution network that can serve its customer base.

One such company is DLF Trifolium which breeds, manufactures and sells grass seed to both the amenity and agricultural markets throughout Europe.

The parent company, DLF Trifolium A/S, is based in Roskilde, Denmark and is collectively owned by 5,500 seed growers. With twelve production sites operating in Demark, DLF has the capability to produce well over 80,000 hectares of seed which is exported around the world. The company currently produces 46% of the grass seed consumed within the EU.

DLF Trifolium UK was born out of the amalgamation of a number of companies in 2001. DLF is Britain's largest, and fastest growing, grass seed company with an annual turnover of approximately £25m, employing over 120 staff on a number of sites.

Leith and Lincoln are the designated sites supplying seed for the agricultural markets, with Inkberrow as the main site that deals predominantly with the amenity and lawn seed supply. Despite being located in a small village in the heart of the Worcestershire countryside,Inkberrow is the headquarters for all of DLF's UK operations.

A number of farm buildings, set in 90 acres of land, have been renovated and modified to provide over 60,000 square feet of office, warehousing, mixing and bagging up areas. There are plans to create a further 10,000 square feet of storage. The site also provides land for seed trials for grass and wild flower species, and a small quantity of forage crops. 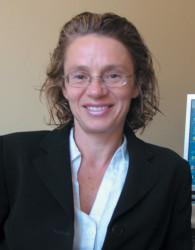 The company's main Amenity ranges are: -

• Johnson's Sport and Amenity range: promoted as the company's premium seed and marketed through a distributor network.

• Techni Turf range which is marketed exclusively by Sherriff Amenity.

• The Pro Range which offers a choice of 37 mixes for a variety of purposes e.g. landscaping, lawns, sport and reclamation.

ON the day I visited Inkberrow I was greeted by Miranda Chambers, PR and Marketing officer for DLF UK, who explained the finer
points of the business and what the company was aiming to achieve in the coming years. She emphasized the company's ongoing strategy to sustain and expand the existing customer base by paying attention to, and monitoring, the customer's needs and requirements.

One of the key issues was to ensure the company employed appropriate, qualified, staff with the desire, drive and ambition to
take the business forward. In recent years DLF has taken on several new staff who have all contributed to the success of the company's portfolio.

Inkberrow is primarily a processing plant where they mix the seeds to specific product requirements. The seed generally arrives in bags or one cubic metre containers from Denmark or Holland. The seed is transported and tipped into the mixing chambers, where several grass species can be mixed together to produce a particular product. 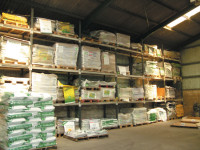 Once mixed the material is then bagged and transported to the storage bays ready for dispatch to the customer. The whole process can be completed in a day, depending on the amount required. Over a year around 6,000 tonnes of seed are bagged and dispatched.

DLF monitor the seed market closely, and often buy the rights to various seed productions, as is the case of Yorktown III, a perennial ryegrass species developed and grown in the USA.

The market is ever changing. For instance there is an increased demand for wild flower seed mixtures and DLF now offers twelve different mixtures for various soil conditions.

The trial plots take up the most of the site. All the main amenity grass species were being trialled, bents, fescues, perennial ryegrasses etc.

Currently, they are all maintained at the same cutting height of 20mm, however, DLF are planning a series of trials that will
monitor grass performance under different mowing regimes and feeding programmes.

The wild flower plots are monitored for colour, vigour and consistency. The plots are sown in the spring, kept mown at 100mm in the first growing season and then, in subsequent years, managed as wild meadows i.e. mowed in the spring, left to flower, and cut and collected in late August.

One particularly interesting trial underway involves micro clover. It is tolerant to close mowing, remains greener in dry periods, does not require high doses of feed and is more disease resistant. 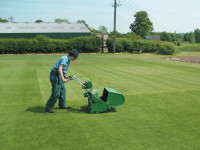 This mixture is particularly suitable for local authorities.who have to manage with little in the way of maintenance budgets but want to achieve an attractive grass colour and aesthetic appearance.

On the plots the clover clearly stood out, and compared favourably to some of the finer, more expensive and more difficult to establish grasses such as bents. It could well become an attractive alternative for many Groundsman and Greenkeepers.

The sports turf industry are demanding more resilient natural swards that can also cope with less and less input.

The challenge is the ongoing search to find better and more adaptable seed varieties that perform, look good and can be managed easily atlower costs.

Only seed companies with the commitment, skills and resources such as those in evidence at DLF will be able to take this on.