0 A Grigg thank you

The county of Yorkshire is synonymous with cricket. It is often said that 'a strong Yorkshire means a strong England', and it is hard to argue with that statement. In truth, the county has provided no more, or less, players than most other counties. It is just those that have represented their country seem to come with grit, determination and the pure bloody mindedness to 'make things happen'.

Boycott, Trueman and Gough embodied that spirit, whilst adopted son, Michael Vaughan (he was born t'other side of the Pennines), won back the Ashes in 2005 after a long wait. The latest from the 'bloody-minded' school have been Ryan Sidebottom and Tim Bresnan.

It follows then that grass roots cricket in Yorkshire is equally vibrant, and the Yorkshire League is seen as one of the strongest in the country.

One of the top clubs is Barnsley Cricket Club, where famous sons, Michael Parkinson, Harold 'Dickie' Bird and Geoff Boycott are vice presidents. Other 'well knowns' include Darren Gough, Martyn Moxon (the current Director of Professional Cricket at Yorkshire CCC) and Arnie (dad of Ryan) Sidebottom.

The first organised game at Barnsley was in 1834, when a local side took on the might of a Sheffield XI. In 1859 the club acquired a new ground in the Shawlands area of the town, off Shaw Lane, which was opened on 14th June, when the Clarence Club played, and defeated, the Holbeck Club.

The present day Barnsley CC were formed in 1862 from an amalgamation of the Clarence Club and the Beechfield CC. The ground became known as Shaw Lane, its old epithet of the Clarence Ground now being meaningless.

Having played an 'important' game against an All England XI in 1862, it was to be another thirty years before Yorkshire returned to play minor matches, including the Yorkshire Colts v Nottinghamshire Colts. When Yorkshire entered the minor counties competition in 1901, Barnsley was established as a fairly regular venue.

There was a plan, at this time, to turn Shaw Lane into a permanent first class venue, subject to finding financial backing, but Yorkshire were unable, or unwilling, to commit themselves to giving the ground regular fixtures and the plans fell through. A Benson and Hedges cup game of 1978 was to be the last and, by the mid 1980s, even Yorkshire 2nd XI visits ceased. 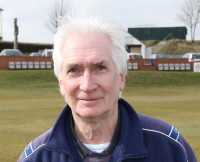 The club's current 1st Team Captain is none other than Jason Booth, Head Groundsman at Leeds Carnegie Stadium, home to Leeds Tykes and Rhinos.
Jason began playing cricket as a schoolboy, playing alongside the son of Barnsley's current Head Groundsman, Tony Grigg, who has dedicated twenty-four years to the club as groundsman, umpire, player and coach.

Tony began helping out as a volunteer in 1986 when his son started playing for the junior section. Tony used to be the lead guitarist and vocalist in the sixties band, The Staggerlees, and moved to Yorkshire from his native Cornwall to work in the then thriving working men's clubs. 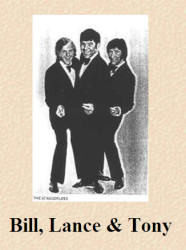 The band enjoyed some success and played a five month season at the Prince of Wales theatre in London alongside Cilla Black and Frankie Howerd. They also supported Engelbert Humperdinck, Anita Harris and Gene Vincent on tour.

Like most volunteers, Tony did not know a lot about groundsmanship when he started, but learned the fundamentals as time went on, attending courses to improve his knowledge.

The cricket club is now part of a complex owned by Barnsley Rugby Club, who purchased the site off the Shawlands Trust in 1996, after they had sold their old ground to developers.

The rugby club employ three full time groundsmen to look after the sports pitches, school grounds and cricket outfields, leaving the maintenance of the cricket squares to Tony and several other willing volunteers.

With two squares to look after, one having eighteen strips and the other ten, it was not surprising to find Tony putting in excess of fifty hours per week at the ground during the season.

However, after more than twenty years service, he feels he has given enough of his time to the club and is wanting to spend more time with his family. So, this season will be his last, passing over the reins to Martin Day. However, he will continue to help out as and when required.

Over the years the club has improved the standard of the square and, in 2004, when they had the opportunity to get rid of some inherent problems, such as large saddles and a seam of marl, they changed the loam on the main square to Boughton County Loam. When the second square was constructed Boughton Loam was again used to ensure consistent surfaces.

The club was awarded Club Mark status in 2005 and have been successful in obtaining a number of grants to fund new net practice areas, scoreboards and equipment.

The club also organise Cricket Force weekends which, this year, took place on the weekend of the 26th/27th March. Volunteers carried out a range of jobs in and around the ground, including building steps, filling in holes, painting the clubhouse and fitting covers.

End of season renovations are carried out in-house with the square being shaved down, scarified in several directions using a Sisis Rotorake, overseeded using BAR Extreme and fertilised. The square is then aerated several times through the winter using the club's Groundsman spiker.

Tony begins pre-season rolling in March, gradually increasing the weight of the Autoroller over a period of four weeks, rolling in different directions every other day.

An early application of fertiliser (3:6:8 NPK+Fe), to induce growth, is followed by a second application of 4:6:8 NPK granular once the grass has started to grow.

The square is kept at a height of 12mm throughout the playing season, with wickets being brought into play when required. Height of cut is reduced in stages (every other day) from 12mm, down to 10mm, then 8mm, then 4mm, with rolling and brushing in between, before finally mowing at 3mm to produce the finished track.

Barnsley CC run four senior sides and several youth teams. The level of fixtures means that Tony does not always get the time he would like to prepare the wickets, so he tries to get as many games out of a track as possible - at least four - which will see in excess of 400 overs being bowled before being put to bed.

However, he must be doing something right as the Yorkshire 2nd XI have returned to play at the ground and, this summer, they will also host a Ladies international in July.

Tony buys all his products and services through the rugby club, liaising with the site manager, Michael Dewsnap, who also oversees all the works undertaken on site.

Dave Kaye, the rugby club's head groundsman, works closely with Tony and usually undertakes the mowing of the outfields and any other specialist work required, such as vertidraining the outfields.

Tony also works closely with Jason Booth and it is likely that, this year, Jason will carry out the end of season renovations and provide some of the equipment needed.

Over the years, Tony has spent around five hours a day at the ground and, on match days, a ten hour stint is not unusual. However, like most volunteer cricket groundsmen, it becomes a way of life, one that Tony may find difficult to walk away from. 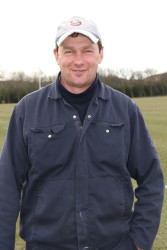 Barnsley Rugby Union Football Club was formed in 1902 and, in 1995, invested in the sports facilities at Shaw Lane, home to a number of other clubs, Barnsley Cricket Club, a football team and a bowls club. The club took over the total control of all the facilities and leased the land back to the in-situ clubs for a nominal rent.

The club now boasts a brand new development which includes a conference and banqueting suite which seats up to 250 guests, a smaller conference room which can accommodate 40 delegates and the 'Mind Body & Spirit' fitness centre offering yoga, boxercise and pilates.

There are twelve changing rooms with direct access to the rugby pitches. Another new facility houses cricket changing rooms, a tea room and an osteopath who is permanently on site.

SportActiv are also based on the site offering sports development officers and community coaches.

Michael Dewsnap is the site manager who oversees all maintenance and management of the facilities and employs three groundstaff, Head Groundsman Dave Kaye, Daniel Judd and Tony Allshore, who undertake the day to day maintenance requirements of all pitches on the site. The club have also won the tender to look after the grounds at two local schools, which will bring in additional income.

The pitches are heavy soil based and it is a case of leaving as much grass on as possible, keeping the surface open and rotating and managing their use.
With so many pitches to look after, along with amenity grass areas and slopes, it can take up to two days to cut the grass alone, marking out all the pitches takes another full day

The pitches are mown on a weekly basis and overmarked for fixtures, cricket outfields are mown twice weekly, the artificial 3G pitch is brushed weekly.

The bowls club have been on the site since the early 1900s, and the club have two crown greens, with floodlights, open for play from March to October. Dave and his staff help out on an ad-hoc basis, but the club are responsible for the day to day maintenance of the the two greens. Club members carry out mowing duties and seek advice and help with end of season renovations.

The greens were recently renovated, scarified, topdressed and overseeded in readiness for the new playing season.

There is also an indoor rink.