A greenkeeper was airlifted to hospital after getting trapped by machinery at a Perthshire golf course. 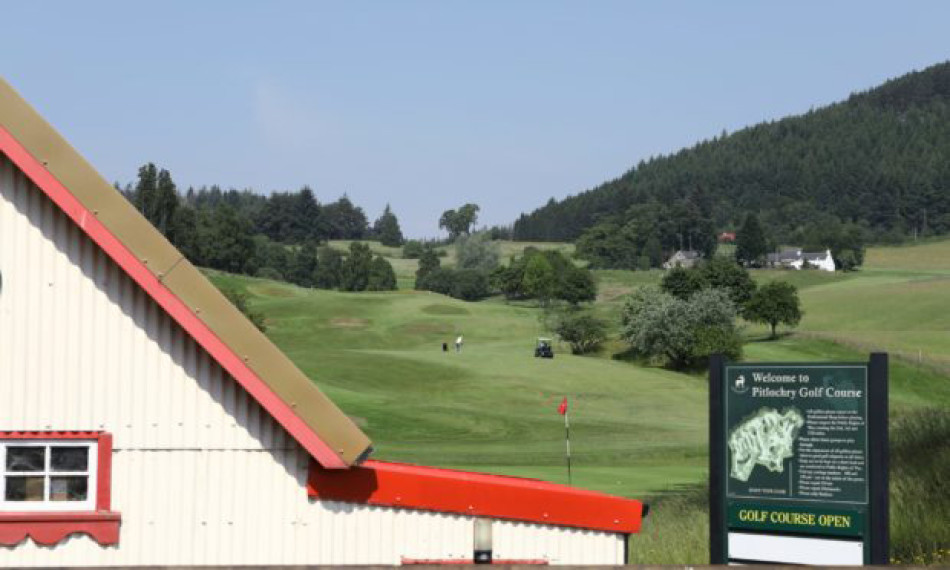 The 44-year-old suffered serious injuries in the accident at Pitlochry on Thursday morning.

It is understood he was working on the course when he got into difficulty with a tractor on an embankment.

Emergency services were called to the site just after 8am. The worker was taken by air ambulance to Ninewells Hospital.

Police Scotland said his injuries were not thought to be life-threatening.

The Scottish Fire and Rescue Service (SFRS) sent six appliances to the scene with winch lines, cutting gear and a rescue board while the Scottish Ambulance Service (SAS) attended with a trauma team and special operations team as well as the air ambulance.

One local told The Courier: "It's just tragic. He's such a nice man, very genuine.

"I think he went under the tractor."

Councillor Williamson said: "I hope he makes a speedy recovery."

"It's great to hear that it is not life-threatening. That's excellent news, I'm so relieved."

"He's a really nice conscientious guy. Really dedicated to his work and a lovely guy."

Following the incident, a spokesperson for the SAS said: "We received a call at 8.08am to attend an incident in Pitlochry."

"We dispatched one ambulance, an air ambulance, our trauma team and special operations team to the scene. We airlifted one male patient to Ninewells."

A Scottish Fire and Rescue Service spokesperson said: "We were alerted at 8.18am on Thursday, June 25 to an incident at Pitlochry Golf Course, Perthshire."

"Operations Control mobilised five appliances and a heavy rescue unit to assist a person in difficulty in an embankment."

"Firefighters worked to bring the person to safety and the casualty was handed into the care of paramedics."