by Neville Johnson
in Cricket, Public Places, and People
on 18 Mar 2019

0 A Place in history for a village ground

Cricket has been played 'in the back garden' of one of England's foremost stately homes for nearly 300 years. Neville Johnson paid a mid-winter visit to a village club whose ground is one of the oldest active venues in the country. It is one of only one hundred clubs to feature in Remarkable Village Cricket Grounds, published last year.

Sir Philip Sidney has been described as the ultimate Renaissance man. Some say, if cricket had been played in the 16th century he would have been a CB Fry, the late-Victorian and Edwardian academic, writer and sports star who was good at everything. Sir Philip would have captained England at cricket if there had been such a thing, so said author Pete Langman in The Country House Cricketer.

As it was, he was a celebrated poet and scholar, Elizabethan courtier, and died a hero at the age of thirty-one fighting for Queen and country. He was the first commoner to be honoured with a state funeral. He was also owner of Penshurst Place in Kent, which Henry VIII had gifted to his father. I'm here on this chill January Sunday morning to get a feel of the history that pervades this lovely village cricket ground and talk to its secretary-cum-groundsman Jake Cheeseman. 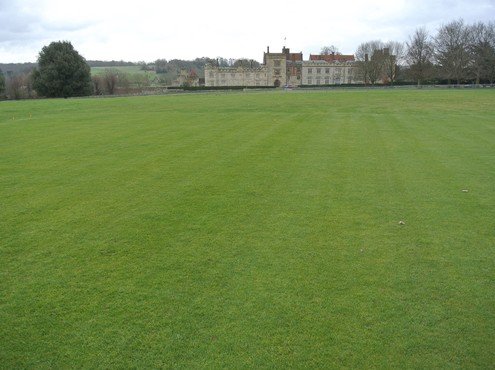 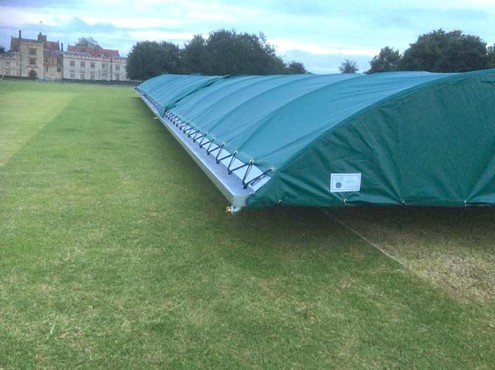 Penshurst Place, first built in the mid-14th century, has a stately presence not far beyond the boundary along one side of the ground. It is acknowledged as one of the finest examples of a fortified medieval manor house in England. It was a favourite hunting lodge used by Henry VIII, and conveniently close to Hever Castle, the home of Anne Boleyn.

Penshurst Place Estate these days belongs to the De L'Isle family, whose 18th century ancestors inherited them through the Sidney family's female line. The 2,500-acre estate is open all year round, but the house and its celebrated Elizabethan walled gardens, much like it was in Sir Philip Sidney's day, can only be visited between Easter and October. There is a full calendar of year round events that also bring thousands of visitors here annually. At summer weekends, you can also see village cricket at its best.

Penshurst Park is a busy cricket club to say the least. It has two Saturday league teams and a Sunday side with a full fixture list of friendlies. More than fifty games are played each season in what was once part of Sir Philip Sidney's back garden. A pretty decent standard of cricket is played here because the club has enjoyed an unbroken spell in the top division of Kent's County Village League since 1996, with a hat trick of titles in 2012, 2013 and 2014.

It is easy to imagine a balmy summer afternoon of cricket in this setting. But today is anything but a cricket day. A chill wind and sleet stinging your face every now and then does test the imagination more than a little. One constant that surely is there during the playing season is the sound of baaing sheep grazing beyond the boundary fence, more of which later. 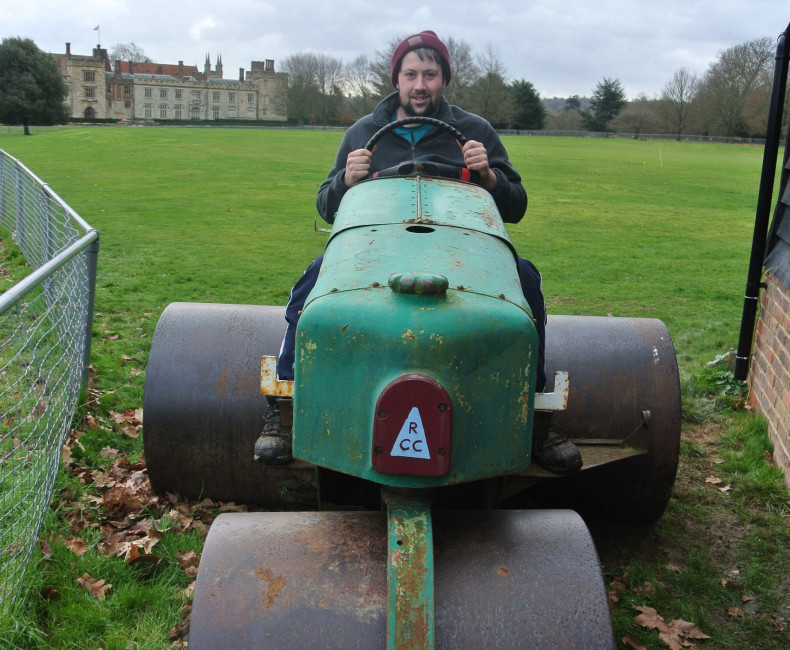 Another reliable constant, at what is said to be the oldest privately-owned cricket venue in the country, is the aforementioned Jake. The club's 10-strip square had its first cut since the autumn a couple of weeks earlier and he's there with half a mind on a first rolling of the year. The surface is too wet though, so he turns his mind to other things, puts on his 'club secretary hat' and chats to me out of the wind in the visitors' changing room.

"Cricket was first played on this ground in 1724, and though it's not clear when the club itself first got started, records show there have definitely been matches against visiting sides here since 1752," he says.

No arguing, it's well and truly been home to generations of cricketers, a lot more than virtually any other club.

As well as his secretarial and groundcare duties, Jake is club fixtures secretary and its Sunday captain. As a player, he bats and bowls. A 99 at rival club Southborough was a last season high spot for him, but he admits it was an annoying near miss. He is a true all-rounder, on and off the field.

"The ground belongs to the Penshurst Place Estate, and the club pays a peppercorn rent of £140 a year," he says. "The club has an excellent relationship with the Estate."

"Only occasionally do we have meetings with Estate Manager Ben Thomas and then only if there's an issue to resolve. He's a cricketer himself, though actually for another local side, so he knows all about club life." 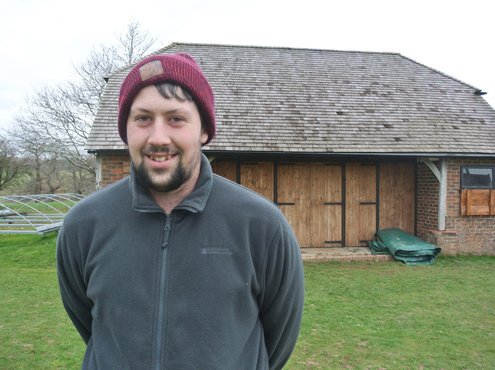 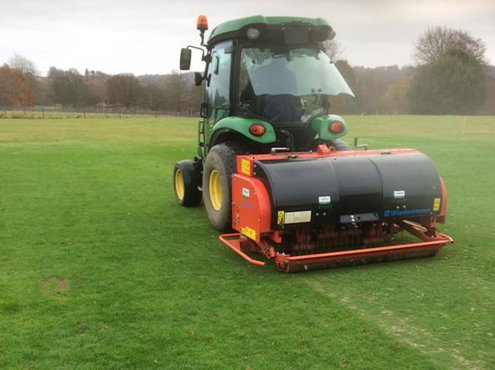 The pavilion we're sitting in dates back to about 1900 and was formerly a cow shed. It too is owned by the Estate but, by default and usage over many decades, it has come to be regarded as the club's.

In recent times, the club has spent a lot of money on the pavilion, more than £30,000, says Jake, on increasing the size of the changing rooms, extending the equipment shed, a new kitchen, and having the whole building relined and painted. The next major project is to bring electricity to the pavilion and a grant of £8,000 from Sport England means there's every chance it should be in place by the start of the coming season. I now realise why we're relying on shafts of outdoor light through the shutters!

Though not a trained groundsman as such, Jake is a bit more than a typical keen club doer. Level 3-trained at Hadlow College, he is a horticulturalist by profession, working as a gardener on the 1000-acre Fairlawne Estate at nearby Shipbourne, long-associated with racehorse training. Outdoor work is his life and he loves it. It's just a matter of arranging tasks at the ground to fit in with his working day at Fairlawne.

Jake tells me the square generally drains quite well and, during the season, irrigation is by good old-fashioned hosepipe and moveable sprinkler. A job not too far away is giving the outfield a trim as he knows it can quickly get out of hand pre-season. He has a couple of decent, but seasoned 36-inch cylinder machines for this; one a Ransomes Mastiff, the other a Dennis. They still do a very good job, he says.

However, he is busy right now trying to get other grant funds to upgrade his mowers as well as restarting a club junior section. 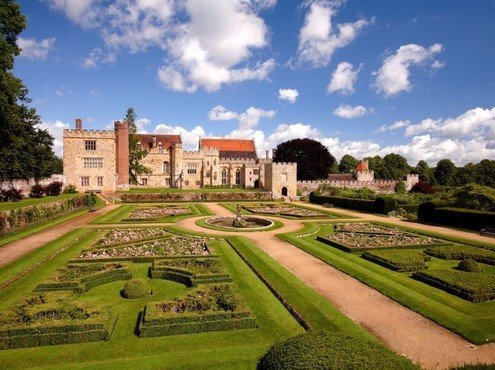 The club owns all its kit and Jake has a couple of reliable club mates to help him with upkeep routines: Graham Nicholls for the outfield and John Boyden on the square.

A few weeks earlier, Jake had called in local pitch contractor Jason Carr to aerate the square, but he is definitely looking to get a new square mower with drop-in cassettes that would enable him to do his own spiking. An up to £5,000 annual grant from Gatwick Airport, available to organisations and clubs like Penshurst Park CC inconvenienced by low flying jets coming in and out of London's second airport, would do the trick and Jake is very much on the case.

The club found out about this potential source of funds just a couple of years ago because another local club had tapped into it. Last year, Jake did likewise and managed to get £3,000, courtesy of London's second airport, to upgrade its boundary fence. Several Jumbos flying in from far distant parts certainly loomed large on the skyline in the hour or two I was there, a passing distraction if you want a single for a half century, but not really much of a nuisance.

The ground has had a complete boundary fence since the 1950s, probably to keep out the sheep, though Jake is not sure. It gives rise to a local rule, which many a village club has to adopt to cover unusual ground positioning and surrounds. You have to clear it completely to get a six. If you strike it anywhere, on the full or otherwise, it's a four.

Another quirk at Penshurst is that it is not allowed to use site screens, as decreed by the Estate and Natural England. At one end, in your eye line is the magnificent Penshurst Place, and it's been there for over 500 years, so not much movement behind the ball!

An ECB grant this year for new benches is yet another welcome input for this resourceful club. An earlier one footed the bill for covers for the square.

The club's first home game is on 20th April and, later in the summer, it will be welcoming the Singapore Cricket Club, over here to watch some of the Ashes series. Electric power in the pavilion will help it be even more hospitable.

The sheep are still baaing and another jet flies over beneath leaden clouds. Roll on the cricket season!

Published in autumn 2018, Remarkable Village Cricket Grounds is a splendid book to dip into, even if you have only a passing interest in cricket.

Featuring stunning photography, courtesy of David Major, it is authored by Brian Levison and comes hot on the heels of his Remarkable Cricket Grounds, published in 2017, which was shortlisted for Sports Book of the Year.

As you might expect, a number of the grounds feature castles and stately homes as their backdrop, but the majority are simply just rural grounds in glorious locations.

Amongst these are Ambleside in Cumbria, Old Town in Yorkshire, Leigh in Kent, Valley of the Rocks in Devon, and Abbotsbury in Dorset, a ground I played at on a number of occasions, usually without success!

If I have a personal favourite, it is Goodwood where its quaint thatched pavilion faces up to the magnificent house in some quirky architectural stand-off. It is here that I used to watch my uncle and cousin play, both of whom captained the home side.

So, keep it on the coffee table and open it up when Brexit news becomes too tiresome. It is guaranteed to lighten your soul.

Remarkable Village Cricket Grounds is published by Pavilion and is available from all good bookshops and online for £25. www.pavilionbooks.com

About the author: Brian Levison has a lifelong interest in cricket and played club cricket for several years. His books include the highly acclaimed cricket anthology All in a Day's Play (Constable, 2012) and Amazing & Extraordinary Facts: Cricket (David & Charles, 2012). He was one of six writers and commentators selected for the MCC's 'Cricket's Crown Jewels' exhibition in the Lord's Museum celebrating 150 years of the Wisden Cricketers' Almanack in 2014.