0 A primer for golf club members

A Primer for golf club members 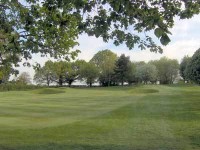 You are a serious and dedicated golfer, the very backbone of your club and a stalwart member in thought, word and deed. How well though, I wonder, do you know your club professionals, how do you rate them, how do you think they're doing? No, I'm not thinking of the youth enlisted to serve tees in the pro shop, handicap three and mooning over plans to annihilate the next Open Championship field, I'm referring to the real professionals, those unsung heroes who make it possible for your club to promote the glamorous game of golf, because they are at the sharp-end of the production business.

Puzzled? Well, pause for a moment and consider which person at your club is the most vital, the one who readily turns his hand to most tasks, yet whose job remains the deepest of mysteries?

Could you or the club pro., for example, saunter across to the maintenance building, adjust the mower blades on one of today's multi-reeled marvels, often to unbelievably close tolerances, and set about cutting the greens? Would you recognise the tell-tale signs that indicate a possible invasion of fusarium patch disease, would you know how to prevent its spread, do you hold the exam qualification that will allow you, legally, to apply any one of a bewildering variety of chemicals?

OK, so the greenkeeper who manages your course - the man your members often refer to as "Old Wasisname" - may not be able to shoot par figures each time he tees it up, but chances are he loves the game as much as any man alive, while being possessed with massive empathy for the arena upon which he works. The point I'm trying to make is that although he labours away in almost complete anonymity, he's no simple grass-cutter.

Far from it, for in today's world the experienced head Greenkeeper will also be a talented personnel manager, (he'll need to be, for there will be no slack in his staffing levels), a wizard with computerised irrigation systems, top notch at coping with miserly budgets, great in agronomy, painstakingly accurate when calibrating the CDAs (controlled droplet applicators) that apply pesticides, herbicides and fungicides. He'll be an environmentalist, a conservationist, a water management expert, a naturalist......and you can bet your sweet life he'll know his Poa annua from his Agrostis !

I've yet to meet the Greenkeeper who doesn't exhibit total empathy with Mother Nature, who doesn't hold in awe his task of caring for God's mantle and who doesn't have protective feelings for his course, as in "get your trolley off my putting green."

Chances are you'll not see much of this activity taking place, for "old what's his name" and his crew will be up and running long before most other staff have hit the alarm clock button, well on the way to completing their essentials list before the first four-ball wanders towards the putting green. As like as not they'll be six hours down the line and working on such essentials as re-grinding cylinder blades or disposing of residual pesticide applications into sealed containers before the elderly member of every club's 'wrecking crew' complains: "I don't know why we need so many greenkeepers on this course, all they ever do is poke holes in the greens and pour all that junk on, just as they're coming along nicely."

Blissful ignorance, of course, but doesn't that often seem the case; aerating the greens just to be annoying and not because they are heavily compacted, have dry patch or show weakening root growth. Of course they don't do it because they want to be proud, to see their greens putting beautifully throughout an ever extended season. They do it to just to be bloody minded. Truth is, most head men would love to maintain their golf courses to the standards of, say, Augusta National, but with minuscule budgets - and with up to 75 per cent of members who have handicaps in the tens and beyond - courses have to be maintained for the majority. That's the fact.

"Old wasisname" has an office of sorts, probably a computer terminal, also a walkie-talkie. But it'll be hard to find him with his feet under the table, for his real office is the great outdoors. He's the fellow that perfects what your club strives to sell, the place that attracts folk to play in the first place - the golf course.

It was Bill Campbell, past president of the USGA, who put the importance of good Greenkeeping into perspective, saying that if you do not think your golf course (and, by implication, the task of properly caring for it) is the most important aspect of your club, count the cars in the parking lot on a rainy day.

Bear this in mind and give "old wasisname" an unexpected bonus. Slap him on the back and tell him you think he's a bloody miracle worker!


The author, David White, is now semi-retired and spends his leisure time restoring old Porsche racing cars. He was the founding editor of 'Greenkeeper International', the editor with Jim Arthur of 'Practical Greenkeeping', a contributor to every major turfgrass publication and the editor of 'All Torque', a Porsche magazine. He also runs the affairs of the British Association of Golf Course Constructors.