by External source
in Obituary and Equestrian
on 21 Mar 2020

Reg Lomas, former head groundsman at Stratford and Cheltenham racecourses, has died at the age of 88. 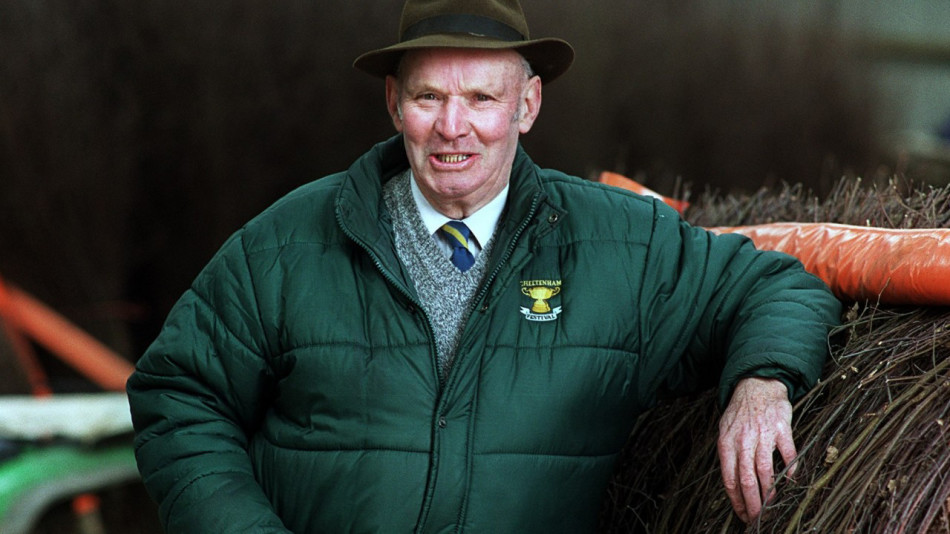 Lomas was awarded an MBE in 2002 for his work within racing and had a race run at Ludlow in his honour in October 2005, the Reg Lomas Lifetime In Racing Handicap Chase.

"He was a great friend of mine and I worked with him for many years," said Philip Arkwright, former clerk of the course at Cheltenham."

"I grabbed him when he retired from Stratford, having been there for a long time, and he came to Cheltenham until I retired in 2000. He was a remarkable groundsman."

After leaving the racecourse, Arkwright nominated Lomas for an MBE to show his appreciation and paid tribute to his practical ability.

He said: "I put him up for an MBE shortly after I retired on account of his groundwork, and he was awarded it in 2002."

"He was very knowledgeable and that wasn't born out of scientific knowledge, but of practical years looking at turf and dealing with different types of it."

"He was a groundsman even when I was hunter-chasing back in the mid-1960s, so he did it for a good 50 years. He was bloody good at his job."

Lomas, who is survived by wife Elizabeth, retired in June 2001 at the age of 69, but remained an active participant in the sport alongside trainer Jonjo O'Neill.

"When Reg retired Jonjo made quite a lot of use of him," said Arkwright. "He knew him very well and used his brain a lot. They were huge mates and lived within half a mile of each other."

Arkwright added: "From the moment I retired in 2000 we spoke on nearly every Saturday. He was a delightful man."