0 60% of animal and plant species studied have declined in the past 50 years. 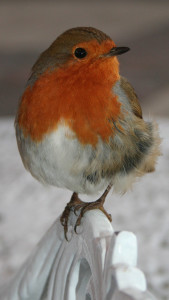 A stocktake of UK nature suggests 60% of animal and plant species studied have declined in the past 50 years.

The State of Nature report, compiled by 25 wildlife organisations - from the RSPB to the British Lichen Society - collates assessments of 3,148 species.

Conservationists hope it will offer clues to the fate of the UK's 59,000 species.

Beetles and wildlfowers are among the most vulnerable species.

According to the document, reasons for the decline are "many and varied" but include rising temperatures and habitat degradation.

Species requiring specific habitats have fared particularly poorly compared to the generalists able to adapt to the country's changing environment.

"This ground-breaking report is a stark warning - but it is also a sign of hope," said naturalist Sir David Attenborough, who launches the report today.

"We have in this country a network of passionate conservation groups supported by millions of people who love wildlife," he said.

"The experts have come together today to highlight the amazing nature we have around us and to ensure that it remains here for generations to come."

Speaking to BBC Radio 4's Today programme, Sir David said there was no single answer to the question of how people could help stem the decline in Britain's wildlife.