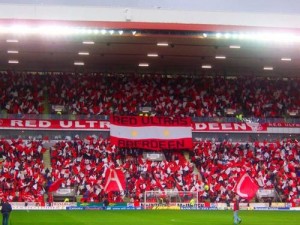 A 12-week consultation process will now commence, followed by a final planning application later this year. In May Aberdeen revealed a new preferred site for the development, plumping for the Kingsford part of the city over the heavily mooted Loirston.

Duncan Fraser, chief executive of Aberdeen FC, said the proposal included a "much-needed" modern training facility and a "21st century stadium" which is being designed by Holmes Miller.

"These facilities will support the ambitions of the club and our fans, further the significant work already done within the community by Aberdeen FC Community Trust and deliver wider economic and social benefits to the city and region," he added.

"Following initial discussions with the planning authority and other stakeholders, we are now beginning the the formal planning process and look forward to sharing our proposals with all interested parties during the 12-week consultation process."