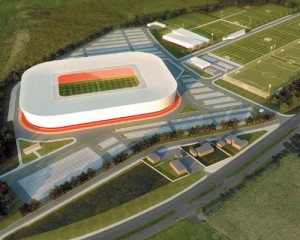 A group opposed to the development of Aberdeen Football Club's proposed new stadium have claimed the project will cause negative environmental impacts and produce very little value to the local economy.

The 'Say No to Kingsford Stadium' group has set up an online campaign where it is trying to raise £3,000 in donations to commission research via independent environmental, planning and traffic consultants to assess the impact of the new stadium development.

Last month, the Scottish Premiership team revealed its plans to apply for planning permission in the Kingsford part of the city after originally plumping for Loirston. The proposed development will include a new stadium, a community and sports campus and an academy.

Chief executive Duncan Fraser had said the project would "deliver wider economic and social benefits to the region", but the claims have been queried by the group.

Via its nokingsfordstadium.org.uk website, the group highlights increased congestion on roads, parking problems for residents and "visual and envirnomental impact" that stadium would allegedly cause. It has also suggested that there would be "no employment of economic benefit to be derived from the new stadium development" - with local trade in particular being hit.