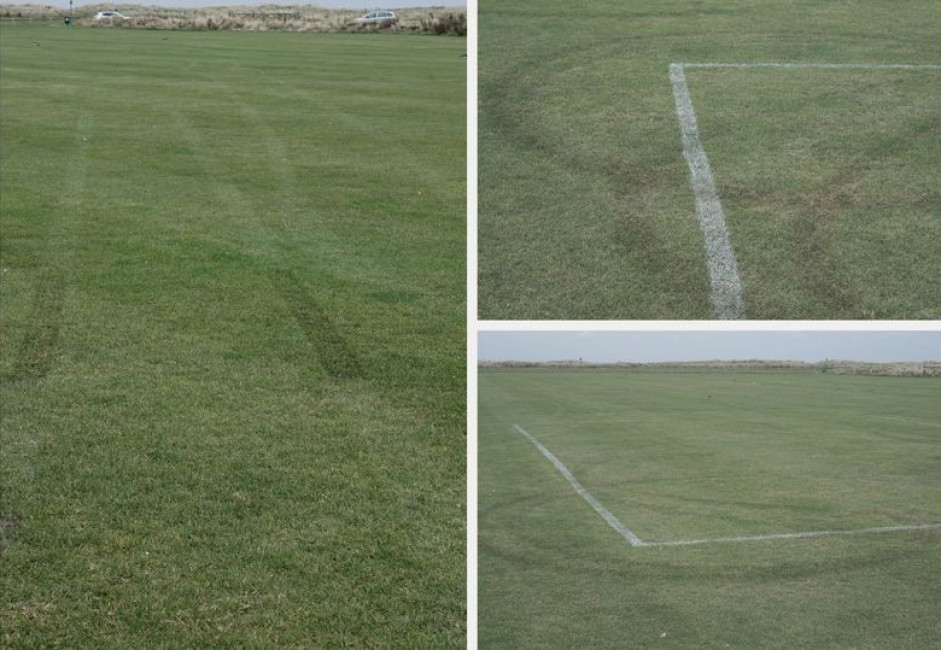 Skidmarks were discovered right across the pitches at Redcar Athletic Football Club on Green Lane on Saturday morning.

The Northern League division one club is hoping to have a fence installed to prevent further future acts of vandalism.

A post of the club's Facebook page read: "Great to arrive this morning for our junior sessions at Redcar Athletic and be greeted with skidmarks all over the pitches from a car.

"Makes all the investment in pitch maintenance seem worthless and pointless."

Junior club secretary, Stephen Simpkin said: "We're trying to save up to get a fence around the premises and this is an example of why.

"It's frustrating. The damage is relatively superficial as on this occasion the ground was still hard.

"But if it happens again it could be a lot worse."

People reacted in anger to the Facebook post about the damage at the club which has seven senior teams tots and junior.

One said: "All the work that goes into making that area presentable, walkable, safe and playable and some absolute cretins have to damage it.

Another said: "Absolute disgrace when we know how much time and money is spent."