by External source
in Cricket, Rugby, and Football
on 28 Oct 2018 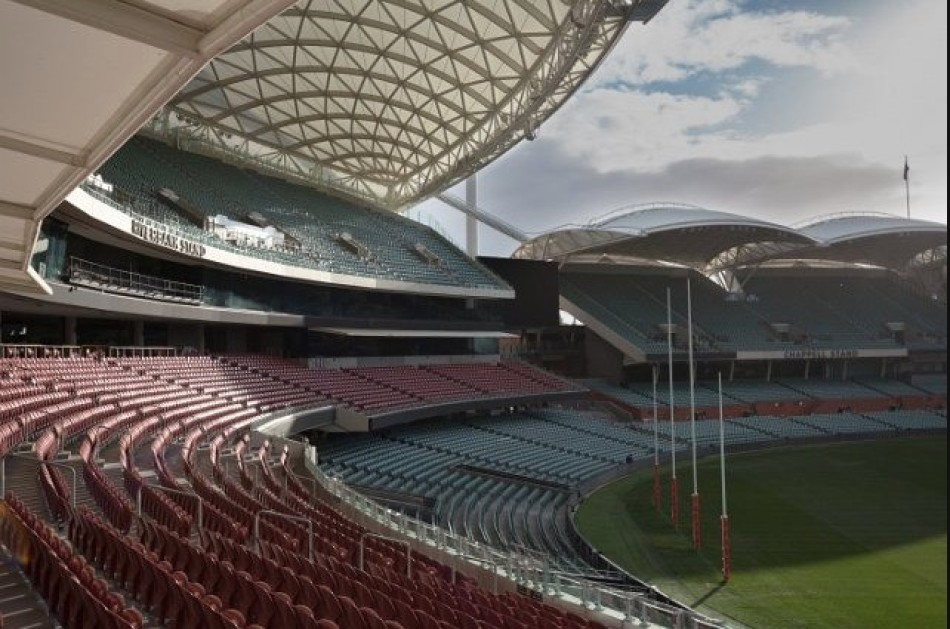 The Adelaide Oval has been described as one of the most picturesque Test cricket grounds in Australia, if not the world, with its importance on the international cricket circuit is undisputed, being headquarters to the South Australian Cricket Association (SACA).

The Adelaide Oval's sporting credentials extend to other areas, with South Australian National Football League (SANFL) also calling it home and the venue playing host to Australian rules football, rugby league and union, soccer and tennis, as well as regularly holding concerts. It has three stands, the Western, Eastern and Southern or Riverbank Stand, all constructed as part of a major refurbishment completed in 2014.

The Riverbank Stand boasts a new L-Acoustics Kara system, supplied by Jands, the company's Certified Provider Distributor for the region. The system delivers improved coverage and intelligibility, all without the need for expensive acoustic treatment.

The 14,000-capacity Riverbank Stand's twelve stories are covered by a single curved roof, which has complex rigging requirements. US-based acoustic design and consulting firm Wrightson, Johnson, Haddon & Williams (WJHW) were brought in to recommend a system for its upper tier audience areas and determined that Kara would be the ideal solution. With a throw distance requirement in excess of 50m in some audience areas, Kara provides coverage and SPL for the entire upper tier audience in a high performance yet lightweight package. 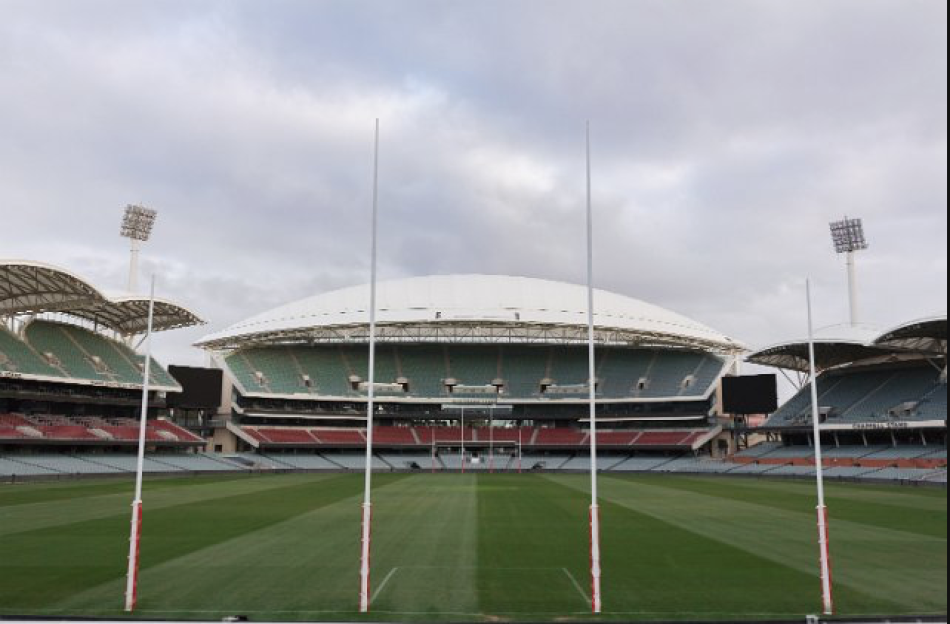 The Riverbank Stand posed challenges due to its complex rigging requirements. These were solved by Kara's combination of high performance and lightweight

L-Acoustics Head of Integration, Dan Palmer, said: "Soundvision gives an extremely accurate prediction of coverage, SPL and electromechanical parameters and was a useful tool for the WJHW design team to verify rigging points and system configuration. The rigging requirements were well detailed and, in turn, the Soundvision model generated by Greg was used to confirm coverage, SPL, and sight lines, and that all design and performance goals were met".

Local specialist, Novatech Creative Event Technology, was initially asked to supply a demo system, which the venue reviewed over a two-month period. It proved so successful that they were subsequently engaged to install the permanent system, which comprises three hangs of eight Kara in an LCR configuration, one hung centrally at the front of the stand's roof, and the other two hangs positioned equidistantly to either side. All are finished in white to blend with the architecture of the stand. The system is powered by six LA4X amplified controllers, mounted in a custom designed rack located in a temperature-controlled room and running on a UPS. 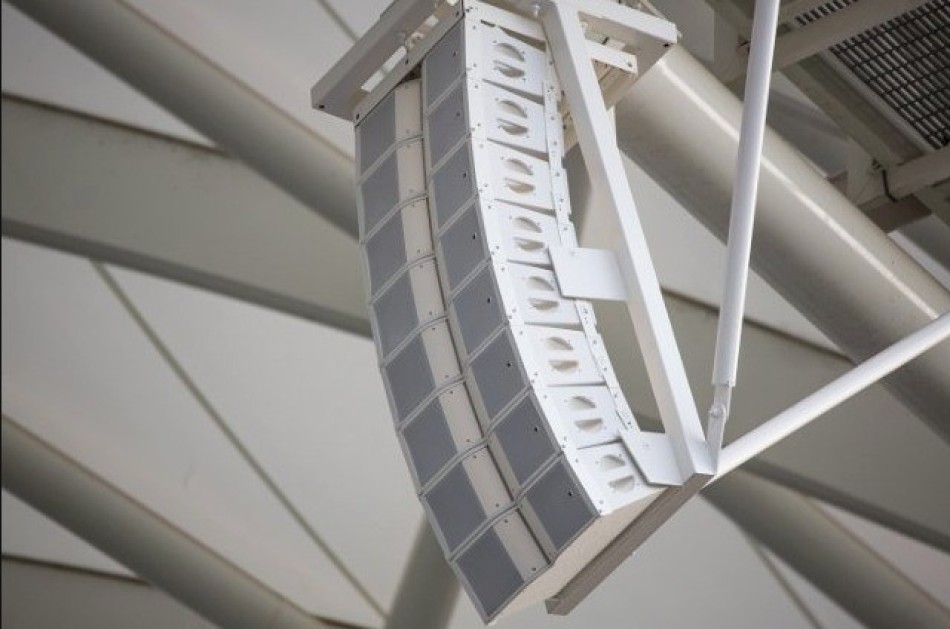 With a throw distance requirement in excess of 50m in some audience areas, three hangs of eight Kara provide coverage and SPL for the entire audience

Novatech's James Sacca, said: "The acoustics of the stand are challenging, particularly because of the dome structure roof, which causes large reflections. The directivity from the Kara system meant that we could reduce reflections and increase intelligibility, and the positioning and angles of the speakers achieves a uniform SPL across the audience area, which is exactly what was needed."

The system also integrates into the emergency evacuation system and existing QSC Q-SYS control system, thereby doubling as an essential component of the venue's voice alarm system, enabling delivery of clear, intelligible instructions to guests in the event of an emergency situation.

Sacca noted that the infrastructure posed additional challenges, including the production of custom speaker brackets, which had to be engineered to suit the mounting, positioning and angling requirements of the arrays.