by Football Foundation
in Football, Renovations & New Builds, and Synthetics
on 06 Jun 2019 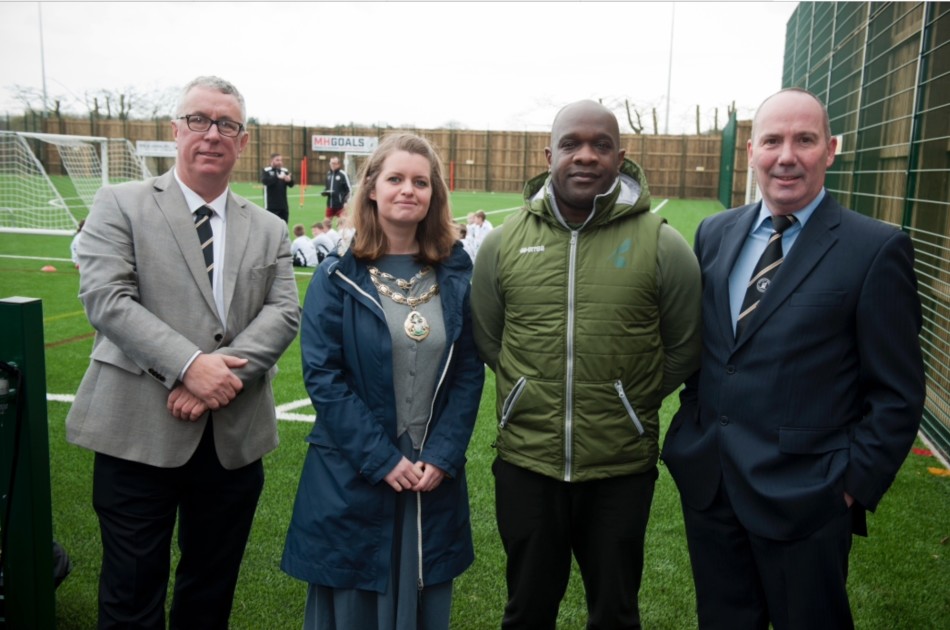 The new full-size pitch was made possible thanks to investment from the Premier League, The FA and Government's Football Foundation.

After netting a £598,654 grant from the Football Foundation, work begun on the site in October 2018. The new pitch replaces two pre-existing grass pitches which were prone to waterlogging and struggling to meet the growing demands of the club for training and matches.

Beccles Town FC's first team plays at Step 7 in the Anglian Combination Premier Division. The club has 450 members ranging from boys and girls aged six up to 70-year-olds participating in walking football.

As one of the largest community football clubs in the area, Beccles Town FC worked alongside Suffolk County FA to focus on how the new facility could increase participation across the whole community. Suffolk CFA will use the pitch to deliver a weekly adult 11v11 flexi-league, as well as running festivals to promote girls' football.

With little in the way of similar facilities in the area, it is anticipated that the 3G pitch will also help the club to develop an additional 19 teams over the next five years. This will see an increase of nearly 400 players, of which a quarter will be girls and women playing competitive football.

Mark Jermey Vice Chair, Beccles Town FC, said: "Without the support of the Football Foundation we wouldn't have been able to complete this fantastic new facility. We have also received massive financial support from local organisations, businesses and individuals who could all see the long-term benefit to our community and grassroot sport, Finally I would also like to thank Suffolk FA and Beccles Town Council for their guidance and support throughout the process."