by Angie Mullinson
in Industry News
on 02 May 2015 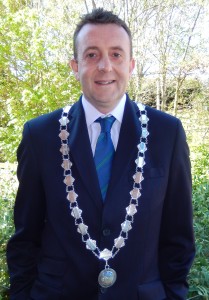 James Woolway was elected President of the Agricultural Engineers Association at its recent Annual General Meeting.

In 2000 he moved back to OPICO, initially as Sales Manager, then Sales Director, then Managing Director. In May 2007 purchased OPICO from previous owner Jeremy Coleclough.

James lists his interests as Skiing, Game Shooting and Agriculture.