English football club AFC Wimbledon has confirmed that its new £25 million stadium is set to open later than originally planned. 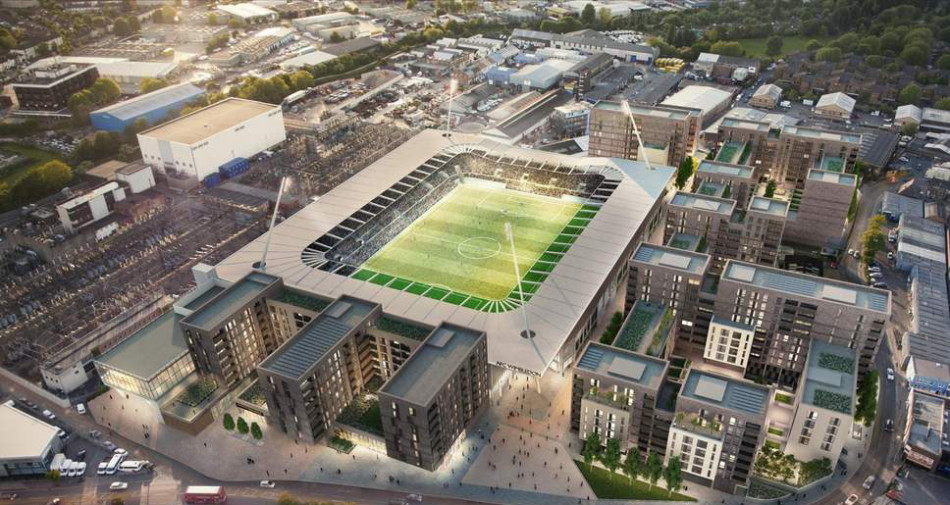 The stadium is unlikely to be ready in time for the start of the 2019-20 season and the club has already been in talks to move the stadium opening from the first game of their 2019/20 campaign to late 2019 or early 2020. Until then they would continue to use Kingsmeadow for home fixtures.

The League One club commenced provisional work on the new Plough Lane stadium earlier this year. With demolition and clearing works at the old greyhound stadium still ongoing, transfer of the land to stadium contractors Andrew Scott Ltd is expected in October.

Designed by architects Sheppard Robson, the stadium will host 11,000 people, with the ability to be expanded to as many as 20,000 seats, depending on demand. The development also includes the creation of 602 new homes, retail spaces and the new expanded Christopher's Squash Club.

The club's chief executive Erik Samuelson admitted that it is unlikely that the stadium will be ready for the start of the 2019-20 season, with building work yet to begin. "We are looking to move in next season," Samuelson told the Evening Standard.

"The exact date? We will see. Until we get the final details through from the contractors, and add a couple of weeks for luck, we do not have a date.

"Realistically if we are starting the build in October, I do not think any of our fans expect it to be ready for next summer. It is not perfect, you would rather move at the beginning of the season. But if it is ready, let's go."