AFC Wimbledon will begin building a new stadium at Plough Lane after reaching an agreement with Merton Council. 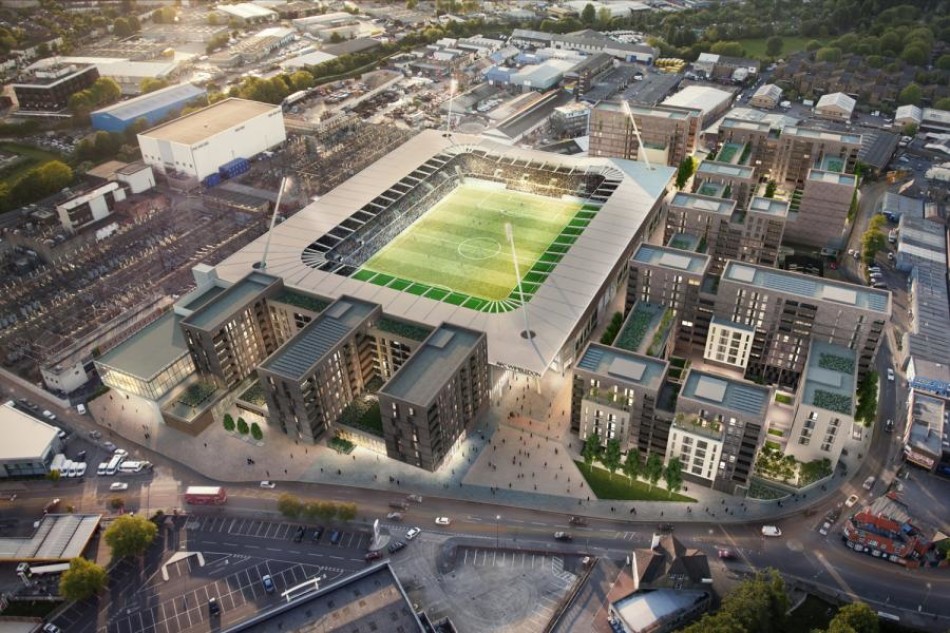 The original Wimbledon FC had to leave Plough Lane in 1991 after the Taylor Report - undertaken in the wake of the Hillsborough tragedy - meant top flight sides had to play in all-seater stadiums.

The stadium was turned into residential space but now a new development at Plough Lane will see construction of a stadium with capacity for 11,000 to 20,000 fans, as well as 602 new homes, retail space and a squash and fitness club.

Announcing the signing of the agreement today (13 December), AFC Wimbledon and GRA Acquisitions Limited have also committed £1.5m into local health provision and improvements to the local bus, road and cycle network in SW17.

"This is a momentous day for us," said AFC Wimbledon chief executive Erik Samuelson.

"Everyone in football knows the story of how AFC Wimbledon came into being.

"A group of fans started with nothing; no ground, no team, no manager, no players and no kit.

"Now, 15 years later, we've taken a giant step towards going home to Merton, in a new stadium and as a Football League club." The club have played at Kingsmeadow, in Kingston upon Thames, since they were founded by supporters of Wimbledon FC in 2002.

Wimbledon FC had been forced to share Selhurst Park with Crystal Palace but in 2003 they were then granted permission to move to Milton Keynes and were renamed MK Dons.

Back at Kingsmeadow, AFC Wimbledon won five promotions in nine years to reach the Football League, and in 2016 won promotion to League One via the play-off final.

First-team manager and former player Neal Ardley said: "A lot of my early football memories are connected to Plough Lane and it's exciting news to hear that the club will finally be able to start work on building a new stadium back there.

"As a trainee, I remember having to paint the physio's room at Plough Lane, training in the car park from the age of 11, and signing my first professional contract on the pitch.

"To lead the team out back at our spiritual home would be a huge privilege."

Kingsmeadow has been sold to Premier League champions Chelsea, which intends to use the ground for its youth and women's teams.

You can read the original article from Sports Management HERE.