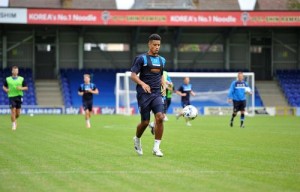 The deal, for an undisclosed amount, is part of AFC Wimbledon's plans to move to a new stadium in Plough Lane - the "spiritual home" of the south London club. Meanwhile, Chelsea intends to use the Cherry Red Records stadium as the new home stadium for its youth academy and women's teams.

Commenting on the outcome of the vote, Dons Trust chair Matthew Breach said: "The successful vote on the stadium sale is an important milestone in helping to return AFC Wimbledon to its spiritual home in Merton.

"On behalf of the Dons Trust Board, I would like to thank our members for backing our proposals so unambiguously.

"There is still a lot of work to do to deliver a new stadium but the outcome of the vote shows the overwhelming support among Trust members and the club's fans for having AFC Wimbledon play where it belongs, back in Merton."

AFC Wimbledon has submitted a planning application for a mixed use development comprising 602 homes, an 11,000-capacity football stadium and commercial development is currently being considered by the London Borough of Merton.

• The Dons Trust is the not-for-profit entity through which the supporters majority-own and control AFC Wimbledon. The club was formed in 2002 following the relocation of Wimbledon FC to Milton Keynes. Wimbledon FC played its home games at Plough Lane and it has been AFC Wimbledon's long-term aim to return to the site.