0 After the McLaren report should Russia still have the World Cup? 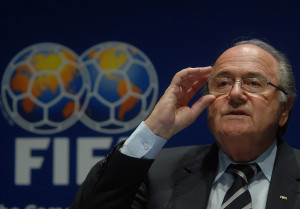 At least one thing became clear on Tuesday as the International Olympic Committee placed Russia's athletes in a holding pattern high above Rio: it does not want - or trust - Russia to host any major international sporting events.

In a sometimes punchy statement that nevertheless lacked the knockout blow of a complete Olympic ban it warned: "The IOC will not organise or give patronage to any sports event or meeting in Russia. This includes plans for the European Games 2019 organised by the European Olympic Committees."

It went further. Because of the caustic revelations of cheating at the Winter Olympics in Sochi in 2014 all international Olympic winter sports would be asked to "freeze their preparations for major events in Russia, such as world championships and world cups, and to actively look for alternative organisers".

Stop for a second. That is the International Olympic Committee speaking out, an organisation that prefers to sail in sedate seas rather than rock the boat. Yet at a stroke it was proposing that all major winter sporting championships should find a new home.

Yet the football World Cup remains firmly in Russia's clutches for 2018. The question, surely more than ever before, is why? After all, it is known from Richard McLaren's report that the major events in Russia, including the 2013 world athletics championships as well as Sochi, were corrupted by the behaviour of the Russian government.

As McLaren put it, it was the Russian ministry of sport who "directed, controlled and oversaw" positive doping samples being tampered with and swapped. Other arms of the state, including the FSB, the Russian security services, played an active part too, as did the supposedly independent Russian anti-doping agency. Yet while most sporting organisations responded to McLaren's report with grave condemnation, Fifa whistled merrily into the wind.

Its statement, which could have been plucked from its files from when Russia won the bid in 2010, declared: "Fifa is confident that the local organising committee and the Russian government are going to deliver an outstanding event for football fans two years from now."

At best that response carried a worrying whiff of complacency, the organisational equivalent of putting on noise-cancelling headphones while everyone else is shouting "fire". At least Fifa's ethics committee was more robust, saying it would ask the World Anti-Doping Agency for details of the allegations against Mutko, and warning: "If the report reveals violations of the Fifa code of ethics, the investigatory chamber will take appropriate measures."

Yet one prominent anti-doping campaigner said he believed it would indeed be within the World Anti-Doping Agency's power to call for the World Cup to be taken away from Russia if the country remained in breach of the Wada code and its anti-doping laboratories continued to be suspended. At the very least someone should be making contingency plans.