Hosting two professional rugby clubs at AJ Bell Stadium, one of the 13-man code and one of the 15-, Dan Huffman, 50, has studs and scrums on his surface year-round. 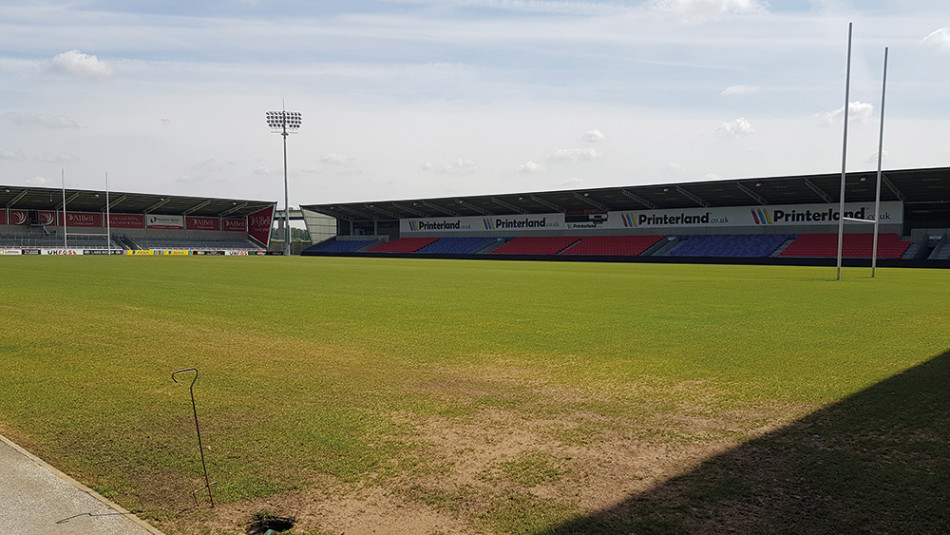 Salford Red Devils of rugby league and Sale Sharks of union share tenancy at the 12,000 seater AJ Bell Stadium, which is owned as a joint venture between Salford City Council and investors Peer Group.

Dr Marwan Koukash, who was raised in difficult circumstances in Palestine and Jordan before beginning his successful professional life in St. Helens, recently sold the rugby league side and offered to write off much of the debt owed to him.

Sale's rugby union side, meanwhile, have recently been taken over by a local acquisitions firm called CorpAcq Ltd., who have emphasised giving first team starts to young players.

At the time of writing, Sale were finishing their winter season strongly, whilst the Red Devils were struggling to play their way out a Super League middle-eights relegation play-off.

The rugby league and rugby union seasons overlap these days, and the punishing schedule means they've only been able to turn the turf once in the seven years Dan has been around.

Around sixty players and referees per week spend 80-minute sessions tearing around on the turf. Dan said: "It has its moments when it's taxing."

"With weather-related training ground difficulty this past year, the on-pitch training is one of those. It can make for a stressful time on that turnaround."

The pitch is a Fiberlok construction, but with frequent introduction of sand, the team are essentially converting it to the sought-after Fibresand type.

"It's a good pitch," Dan said, "but there were just a few issues with the mix of the fibre into the profile during construction. The mix came as a concentrate and was laid on top rather than being fed in fully. We added over 300 tonnes of sand to raise the profile above the fibres." 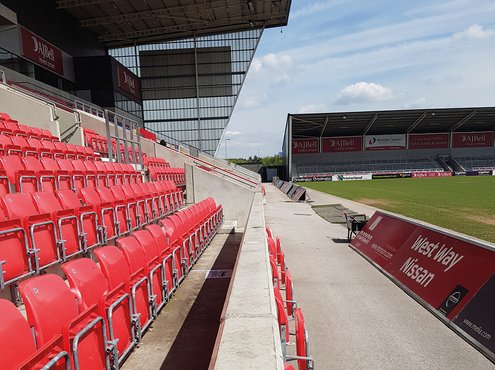 The Sale-born groundsman is more of a football man than a fan of either rugby code, which avoids the diplomatic issue of bias accusations faced by some cross-code groundspersons.

His team comprises Connor, the deputy head, and groundspersons Mark and Ryan: "We don't really do job titles," he said. "Everybody does everything."

Before his head groundsman role at the AJ Bell, Dan had been at The Willows, the previous Salford Red Devils and, briefly, Swinton RLFC stadium. Before that, he also had spells at Stockport County FC, The Kendal Club, a Stretford-based sport club, and a couple of independent schools.

I asked him whether he'd been inspired by colleagues: "No specific person. Looking around the industry, there's a lot of good people doing really good work under all kinds of budgets and circumstances."

"I've worked in a few, and can appreciate those working under restrictions, as well as the pressure faced by those who have millions of people counting on them."

"I have a set budget. We're trying to make money, so it's balanced. It is, therefore, a decent budget when compared with what some people are up against. The budget is there to tick a box. That is: we do what we need to do, and the board who tweak it are very approachable if any problems arise."

"We tend to do major work via running repairs rather than renovate, but that's due to timings. I keep deciding I'll do a renovation, but it's a matter of finding time in the schedule."

These 'running repairs' can include, as they did in May, seeding the week before a game, plus topdressing and surface cleaning, in addition to the sorts of maintenance work they usually couldn't squeeze in between matches. 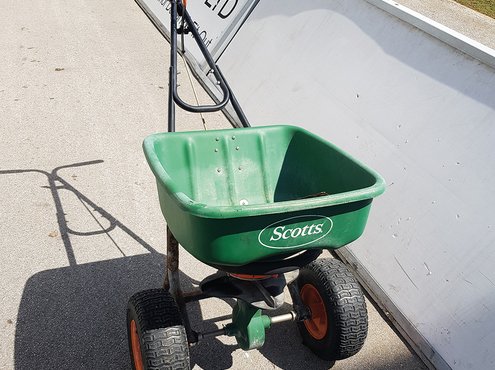 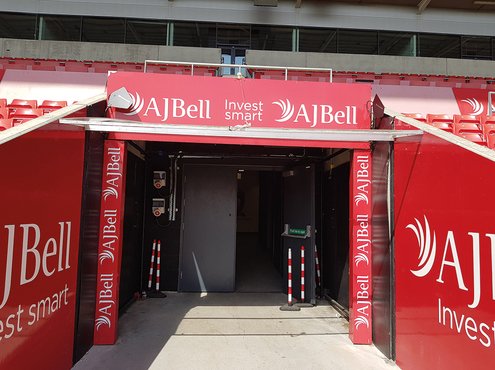 "As well as the time constraints, we also allow for not doing these things if they aren't needed. We'll have a look at the plant health after the next match and decide at the time."

"And, in our industry, most of the people are very helpful and there's a good camaraderie resulting in exchange of information and solutions to problems."

"We don't have an agronomist as such, but get help with the samples and the like from ICL, Johnsons and other producers. Naturally, that's aimed towards nutritional needs, seed types and requirement for additional products beyond the expected."

Over the last eighteen months, Dan has been introducing three SGL LU440 rigs into his regimes, for which the club is currently part-way through a purchase agreement.

"They help massively, whenever we know we can plug them in. That's a key factor - the running cost - but they're worth using some of the time."

"We try to get the most coverage out of them as we can: usually the middle two-thirds of the pitch between the two 22-yard lines."

"There are no specific wear areas like the diamond and goalmouths in football. Rugby league is largely through the middle, but a scrum in union can happen anywhere."

Simple Minds and The Pretenders played a concert at the stadium in August, and this was the first gig with which Dan and the team have had to contend.

During our interview, because of the Super League's contrived temporary format, Dan didn't yet know whether there was to be a game on the same weekend as the Friday gig, which could require as little as an 18-hour turnaround.

The stand will be set up by the narrow north stand: "I would like to get more involved in the process than I am currently, but that will increase as we get closer to the event."

"We're used to the extra use, however. The pitch is hired out constantly for filming, photoshoots, charity events, football-related events. We have an awful lot of adverts and promotions here. It can be challenging if there's a photoshoot on a Monday after a Saturday game, to present the pitch to the standard a television advert requires of a surface."

"It's a dual-code rugby pitch, which you would expect to show some spread wear but, in the adverts, it's supposed to represent a football pitch, which should look different."

"Sometimes they're night-time shoots too. So, we're both marking out a different pitch for football as a one-off and we might be doing it at night."

Of course, the ground suffers from the famous Mancunian rainfall levels: "I couldn't tell you the exact figures, but there has been very high rainfall this year."

"We haven't had many dry games. We haven't lost any games, though. We haven't lost a game in the seven years we've been here. It's a fully constructed pitch, so the rootzone is appropriate and it has a full drainage system underneath. It's a good pitch, but in a wet area."

"The infiltration rates are good. We look at nutrition and pH consistently. There's nothing we're working on currently. All the chemical levels are close to where they should be."

"This has probably been the heaviest year since we got here, because the cold and damp started so early - around September, when the final few months of the year can often be more decent." "On the note of not having those exact figures: that's because I don't document these things as much as most. I couldn't, for example, reel off the number of fixtures we had last season. I don't think that's a good way to think. It's more destructive than helpful."

"It doesn't make any difference what your fixture list is or your rainfall has been, because you'll still be doing the same job and can then focus on what you can control."

The stadium is open at all four corners and has lower stands than many major stadia. As everywhere, the south stand is problematic, and there's some shade at the west, as the stadium points northeast.

"I put a proposal together for the lighting rigs, because we shared, with the CFA, the matches of the under-20s Rugby Union World Cup tournament."

"That started around the end of May, and we were going to have dual-use around that time. There was little time before potentially global television broadcasts of that game."

"We needed some extra help to get us up to scratch to host that tournament, and the board were very receptive to the proposal. Of course, those help us massively going forward."

"Expectations on groundstaff are higher these days because the industry has improved so much. A pat on the back is nice but, when I look at my pitch, I see its faults. Maybe that's not the healthiest way to look at it, but it's probably a mindset which keeps it at a high standard."

"As I say, the management here are very helpful and it's a strong relationship. Fifteen games of rugby union in twenty-two days, with a rugby league game in the middle meant we needed good plant health."

"I was very lucky at the start of this process to be granted the tools to set us up to be 90% self-sufficient. I'd take a topdresser, but no one's wish list would ever end, I suppose."

"We do most of our own servicing as well, although Campey Turf Care deal with the major tractor servicing and the like, because they're one of our lead suppliers." 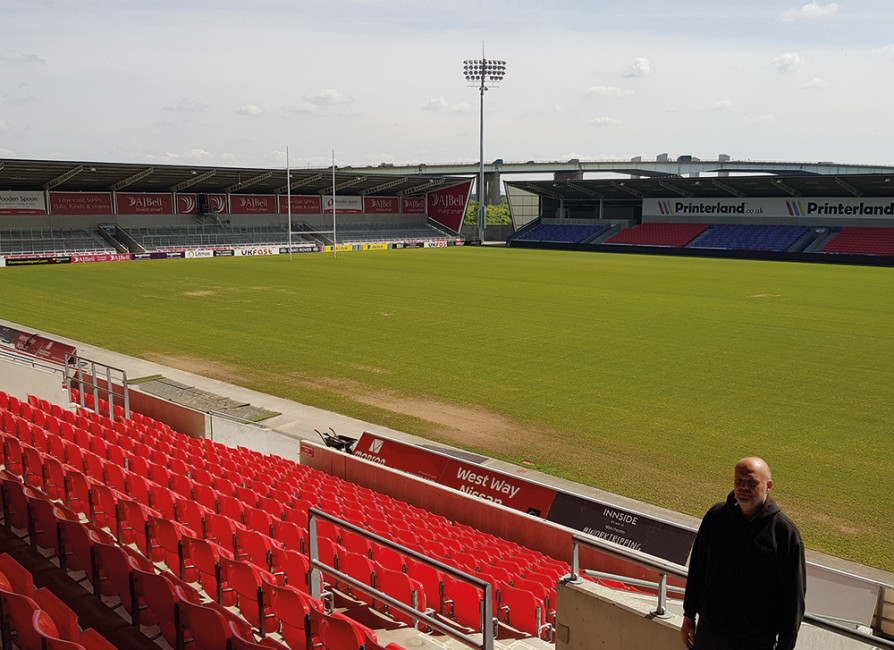 Dan said his relationships with local clubs are increasing: "There is a rugby union groundspersons' group headed by Wayne Billing. I'm getting involved in that."

"I'm also in the early stages of setting up something similar for rugby league; just a group which can have talks with the RFL to set guidelines and request help and infrastructure, so groundspersons can keep improving standards and their knowledge base, to make work a bit easier for them."

The training pitch is a 3G, but the rugby league players don't like to use this unless in extreme conditions. Dan said this requires more maintenance than is usually thought.

The main pitch is around 28mm for both codes: "Because we have such short spaces between, it would be pointless to try to vary between them, and that's a good height for ryegrass."

"We use two Dennis G860s and have a John Deere rotary too. We also have a Charterhouse Verti-Drain and a Toro ProCore. We also bring in an Air2G2 occasionally."

"Like the other parts of the system, it's based on the schedule. It has to be fluid and adaptable, so it isn't like 'we'll aerate every two weeks'. It's a matter of having the opportunity."

"We brush and comb for clean-up, but there's a fine balance between being able to and losing stability. That's a constantly monitored situation."

"Then, to help that too, we'll overseed with Johnsons Premier Pitch, which again is something which takes place when required, rather than all in one go."

"(Touch wood), we aren't affected by diseases or pests. The location is good to avoid that. Being an open site, we don't suffer from too many niggles."

"I can't tell you the last time we sprayed for weeds. It's handpicking, generally. We had an issue with nematodes a few years ago, but that's now well-managed."

"As we were a full sand pitch, we put in a 70/30 rootzone, which we now add instead of straight sand. This allows us a much better balance of microbiology in the profile."