0 All nine greens damaged by vandals!

Chorleywood Golf Club has been left "upset" after its nine hole course was trashed by vandals. 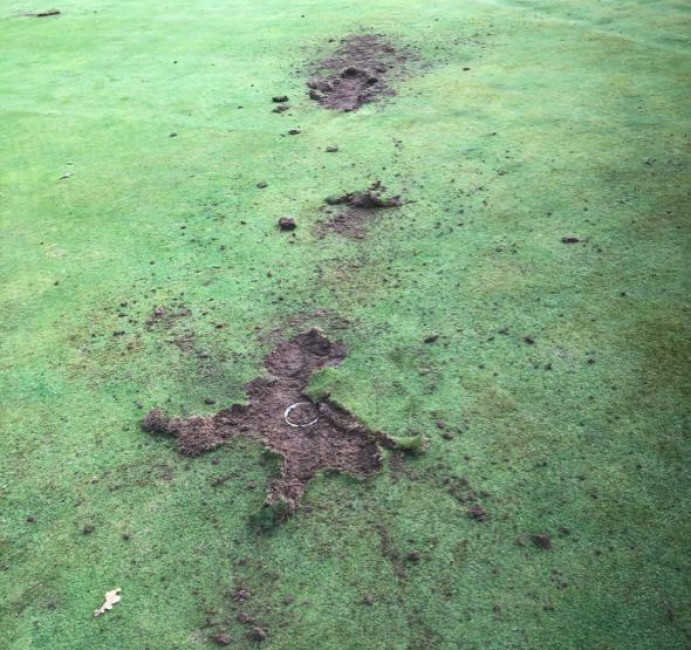 All nine greens and holes around the course at Chorleywood Golf Club were damaged last week.

Pictures show most of the green ripped up around the course, which forced the club to close for four days.

Hertfordshire Constabulary says the incident happened between 7.00pm on Friday, February 7 and 8.00am the following day.

Peter Rodwell, who is the secretary of the club, said greenkeepers found all the damage last Saturday morning.

He said: "A lot of work is needed to repair the course and work is still going on."

"It could take months to get the course back to its original state."

"All of us at the golf club are very upset that something like this has happened."

Although the club has now re-opened the course, Mr Rodwell said the course is not "in as nice a condition to play on".

He said: "The course is now playable and people are able to play their normal games, but people playing on the course are upset something like this has happened." 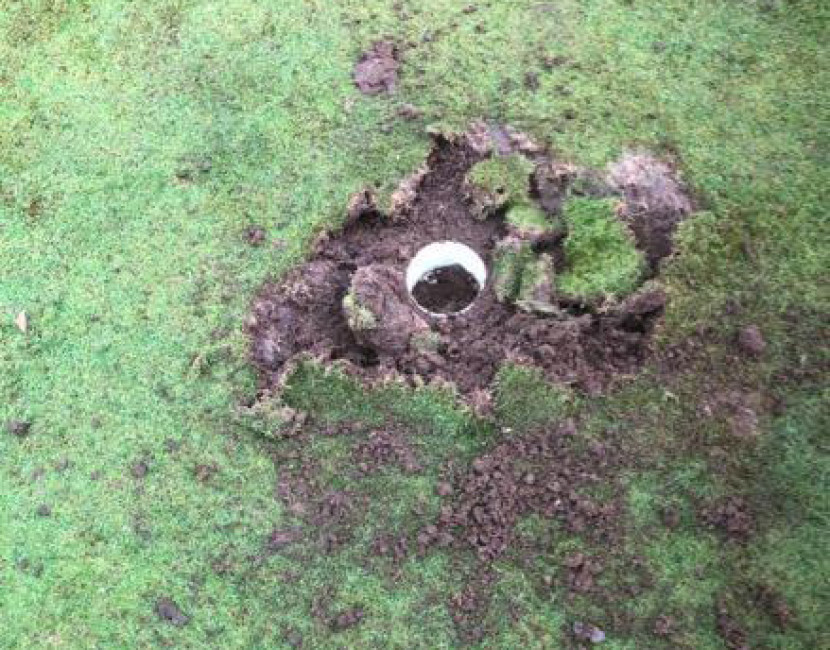 "We have had vandalism like this before, but not as this level."

He said the golf club is important to the community, but was ruined by "some bitter person".

Police have confirmed they are making inquires into the incident.

No arrests have been made.

You can read the original article from the Watford Observer HERE