by Football Foundation
in Football, Synthetics, and Renovations & New Builds
on 03 Apr 2019 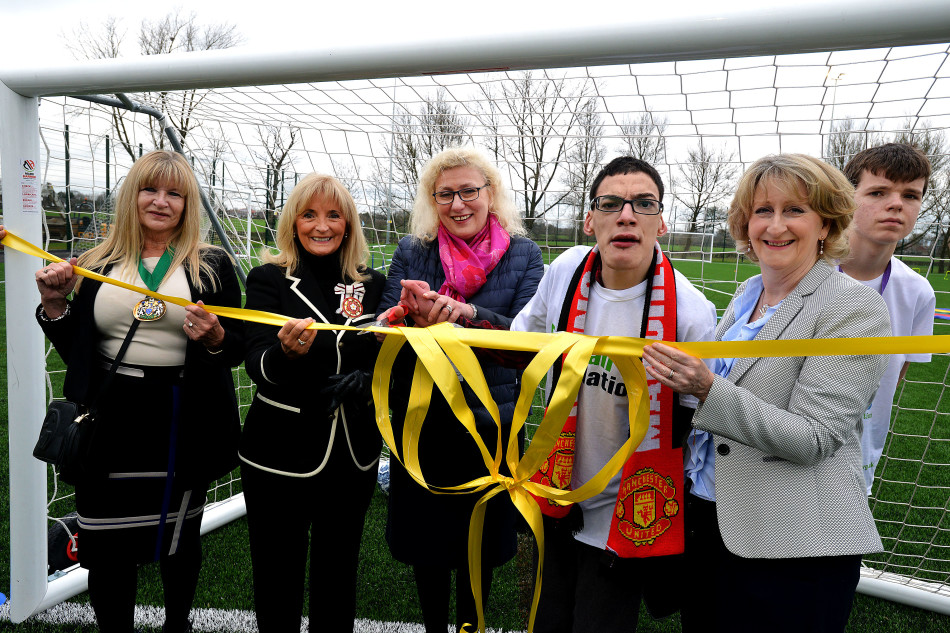 The new full-size pitch was made possible thanks to investment from the Premier League, The FA and Government's Football Foundation.

After netting a £500,000 grant from the Football Foundation, work begun on the site in April 2018. The project forms part of a wider planned expansion and redevelopment of facilities on the Stanley Road campus. The new facility will fill the need for football provision on site, which previously did not exist.

The new pitch will be used as a football hub with an emphasis on inclusivity and disability football. In addition to this it will provide activity opportunities for the children and young people attending Royal School Manchester and Royal College Manchester, as well as attendees at CADS (Children's Able and Disabled Sports) programme, greatly enhancing the healthy lifestyle and sporting possibilities of many young people with complex and severe learning disabilities.

The Seashell Trust was identified as a priority site by Cheshire County FA as the new 3G pitch reduces the reliance on grass pitch use and reduces a shortfall of all-weather facilities in the area. In addition to this, the pitch helps to address the National Game Strategy disability target and offers enhanced playing provision for partner club Cheadle and Gateley FC.

Cheadle and Gatley FC will use the pitch as a new home ground and bring 29 teams to the site, which currently play at a variety of different pitches. Working in conjunction with the Seashell Trust and Cheshire County FA, the club also aim to create two mixed disability football teams over the next five years.

Jolanta McCall, CEO & Principal of the Seashell Trust, said: "This project has been a long-term plan in the making, initially developed by members of our Sports Team nearly 10 years ago and now completed thanks to support from the Football Foundation. It forms part of a wider planned expansion on our campus and I'm delighted that we can offer such high-quality facilities to improve grassroots sport for our children and young people and for our wider community."

Paul Thorogood, Chief Executive of the Football Foundation, said: "The support of the Premier League, The FA and government enables the Football Foundation to help improve community sports facilities like this one across the country. Their funding has played a key role in delivering this new all-weather pitch in Cheshire and I am delighted for everyone associated with the Seashell Trust.

"This is one example we want to make people in Cheshire aware of, that they have the kind of quality pitches and changing rooms that are taken for granted in other counties. We will continue to support projects nationwide, but we cannot do this on our own, so we are encouraging organisations in the area to join our movement to deliver quality football facilities for people in Cheshire once and for all.