by Tony Hawkins
in General Interest
on 11 Oct 2019

Allett Mowers have announced the winning entry in the Allett Creative Stripes competition 2019. This year's winner, Erik Czako, is from Hungary. The competition is run online on Allett's social media channels and the final judge was last year's winner, Keith Smith. 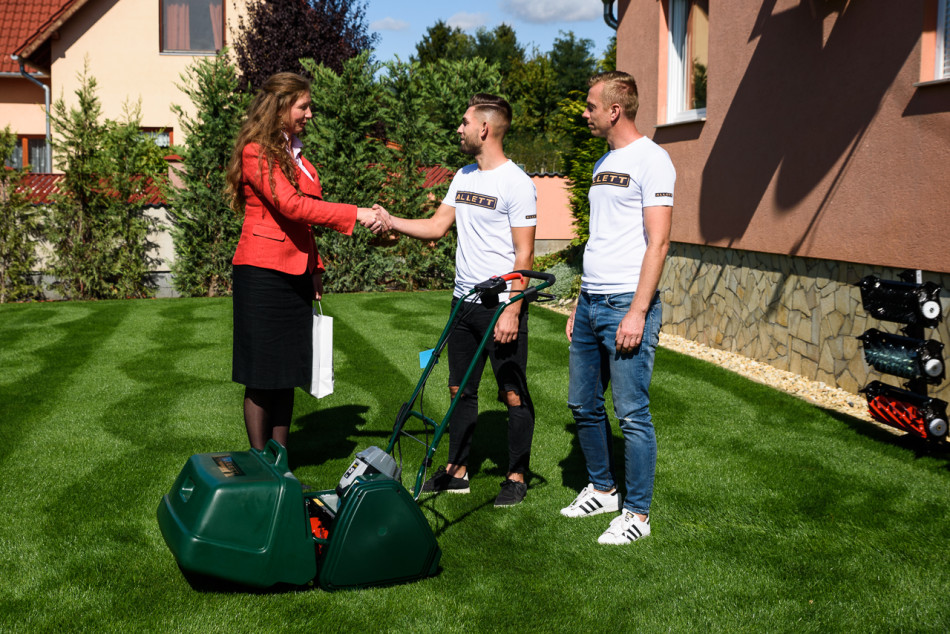 There were entries from ten different countries with the top six coming from Hungary, Sweden, England, Wales and the USA, a clear reflection this is an international competition, and anyone can enter and win. The prize is an Allett Liberty 43 with all its cartridges and two cartridge stands. Winner Erik says:

"I wanted to mix circles and squares in such a way as to show through both of them. It's simple in one sense but hard to make it accurate because of the contact point. It takes three hours." Erik works for a delivery food company and plays football league four. "When I was a child, I watched premier football match and I dreamt of playing on an amazing pitch like that. Because in Hungary pitches don't have such quality, I decided to make a lawn like this one. Gardeners in Hungary told me it isn't possible because of the climate. I got advice from English groundsmen and my dream came true. Nowadays I kick the ball on my pitch with my friends, it is a little bit smaller than a football pitch, but it isn't a problem." 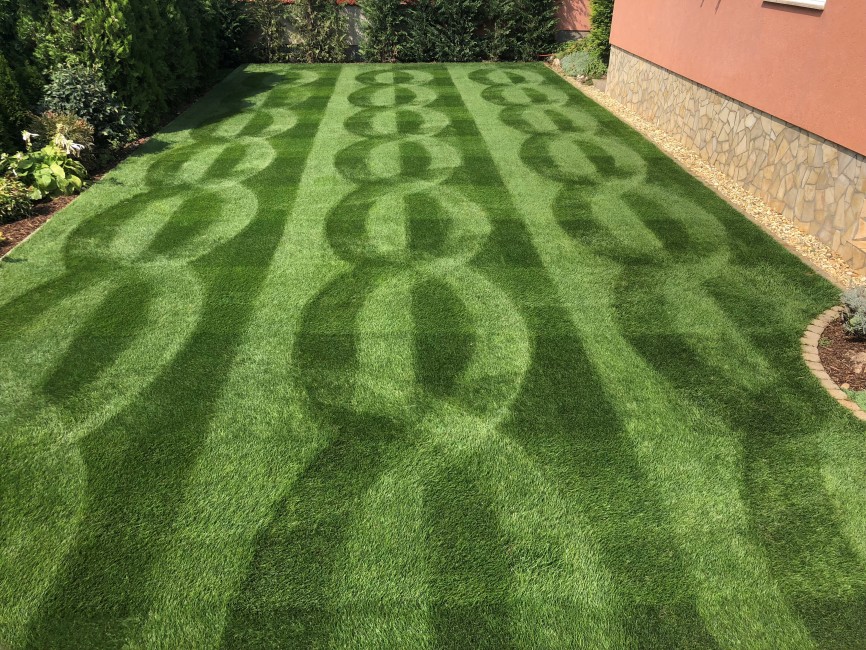 Erik used an Allett Kensington 14" to create his winning design. Runner up was Swedish garden service company owner and former groundsman Niklaus Andersson who used an Allett Kensington 20K to create his design. In third place was England's Andrew Wain, Head Gardener at Euridge Manor in Wiltshire, where they host weddings and corporate events, with the lawn seeing an average of 150 people on it every week. To find the winner of the competition the team at Allett voted on their top six first and the results were sent to Keith Smith, the 2018 winner.

"I was absolutely delighted and honoured to be asked by Allett to judge this year's competition," says Keith, "then when I saw the amazingly high standard of entries, I realised what a difficult task this was going to be. I have been so impressed with the standard of entries. Not only the creativity, but the technical difficulties that need to be overcome." All the entrants will be invited to an Allett Mowers factory tour at the end of the busy season and Allett eagerly look forward to seeing next year's entries.