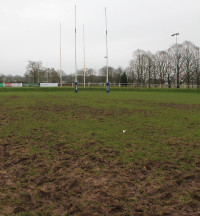 The success of any sports facility is, fundamentally, due to the actions of a number of people within the club, who have the personality, drive and ambition to make it successful, both on and off the pitch. In many cases, it is former players who tend to contribute the most.

Having enjoyed their playing career at 'their' beloved club, they want to give something back, either in the capacity of coaching, running the bar, club secretary, or match secretary, whilst often progressing to become the club's chairman/president. It is these people who, importantly, recognise the value their club and its facilities can bring to the community.

The successful clubs are the ones who have developed a good team of people. For example, many would not survive without the support of their junior and youth sections who, as well as providing the next generation of players, also generate much needed income.

It is important that clubs invest in both the clubhouse and pitch facilities. It is often the case that clubs invest in the 'social' aspect, whilst paying only the bare minimum of attention to their pitches. Over time they become poor surfaces to play on and, during inclement weather, are not fit for play.

Many of these past players, and other non-playing members who take up the challenge of helping their club will, quite often, bring many different skills to the table; solicitors, teachers, businessmen, farmers, tradesmen.

One such club that has tapped into these skills and areas of expertise is Bromsgrove Rugby Club, an ambitious Midlands based set-up that has been steadily rising up the leagues under the stewardship of their club coach and former player, Ross Baxter who, with a number of other like-minded members, has been instrumental in turning the fortunes of the club around.

Ross's day time job is working for the RFU in the capacity of Funding and Facilities Manager for the Midlands, one of several who help rugby clubs across the country gain access to possible funding to improve their facilities.

Over the years, he has assisted numerous clubs to gain funding for floodlights, improved drainage schemes, new pitches and clubhouse builds and renovations.

Bromsgrove RFC is a not-for-profit organisation that has four sports pitches, which are used regularly by a wide variety of groups throughout the year, but with the majority of use being throughout the winter. This high demand and high volume of use, combined with poor weather and lower light levels, often results in extensive damage and a steady deterioration of the surface.

In recent seasons, the quality of the first and second team pitches at Bromsgrove had suffered that exact scenario, with water not able to drain away efficiently after rain, leaving the surfaces wet, heavy and not conducive to running rugby.

The club are currently mid table in National 2 North League and play against the likes of Preston, Caldy, Birmingham and Stourbridge. To keep apace with these clubs, Ross recognised the importance of good training and playing facilities, which would not only attract new players but allows the club coaches to get the best out of their existing crop of talent.

Ross, along with the club's chairman, John Blackhall, himself an ex-player and also a Chartered Civil Engineer , spent a number of years evaluating the needs of the club in terms of improving pitch quality, and then looking at ways to obtain funding for an ambitious drainage installation project.

Between them, they managed to source funding from Sport England, Queen Elizabeth II Sports Field Challenge and The Veolia Environmental Trust (who awarded a grant of £30,000 through the Landfill Communities Fund), that netted over £100,000 and, along with the club's own fundraising efforts, had raised enough to begin work on the project in October 2012. A local sportsturf contractor, Phil Day Sports (PDS) from Worcester, won the tender to carry out the work.

I caught up with the John Blackhall and PDS Technical Manager, Toby Grace, himself a keen rugby player with Pershore RFC, to see how they were progressing. "The remit was to install primary and secondary drainage systems to two full size rugby pitches. The system being consists of perforated land drainage pipes, backfilled with approved gravel and rootzone to the surface, at 5 metre centres; these connect into the main drain. All pipes were installed using a grade laser.

The training pitch has also been gravel slit at 1 metre centres (90° to the laterals), followed by sand topdressing, vertidraining, overseeding and fertilisation.

The timescale for the work began in July of last year on the training pitch - phase 1 - installing main drains, laterals, sand/gravel slits, sand topdressing and seeding.

Once completed, we moved on to phase 2, installing laterals, sand/gravel slits, sand topdressing and seeding of the 1st XV pitch. Phase 3 will be undertaken in May and consist of sand bands/grooves to both pitches.

The methods we used were as follows; firstly, the 150mm diameter perforated main drain was installed at a depth of 750mm, and connected to an existing outfall. The trench was cut using our Shelton Chain Trencher controlled by a grade laser; risings were transferred to tipper trailers via a conveyor. The risings were tipped and stockpiled on site, (this helped keep the cost of the project down).

The next part of the project was the installation of 980 metres of 85mm diameter perforated lateral drains, at a depth of 550mm. This time, the trenches were cut using a AFT 75 Whizz Wheel controlled by a grade laser. The risings were again taken away by trailer and stockpiled on site. The drains were, again, backfilled with 2-6mm Croxden single size gravel, and topped with Rootzone Design, with an AFT Dual Use Hopper fed via conveyor using our Dakota Turf Tender 420.

After an informative meeting with Mike Harbridge of Professional Sportsturf Design (NW) Ltd, it was agreed to solely use 2-6mm gravel, and omit the 4-10mm gravel as it was felt, with last summer's torrid weather conditions, that three passes of one trench to backfill would eat up too much precious time - a rainstorm was never very far away!

Installing 7,524 metres of gravel bands was the next step. The trenches were again cut using the AFT 75 Whizz Wheel, and backfilled in the same manner as the lateral drains, with 2-6mm gravel and Rootzone Design.

The pitch was then topdressed with sixty tonnes of Tarmac Topsport medium/fine sand, using the Dakota Turf Tender 420. Deep aeration (verti-draining) was the next operation, carried out with the Wiedenmann XD8 Terraspike, followed by dragmatting. 12 x 25kg bags of Everris NPK 8:12:8 Pre Seeder fertiliser were applied using a tractor mounted spreader. Overseeding of the pitch was carried out with a Vredo Disc Seeder, in multiple passes, to accurately apply 12 x 20kg bags of Johnsons J Premier Pitch seed at 35gms/m²."

Once all the drainage work is complete, John is well aware that the club will need to invest in better maintenance of the pitches, by increasing the frequency of mowing, establishing good feeding and aeration programmes as well as robust end of season renovations.

Currently, the club employ a local contractor to cut and mark out the pitches. The club are considering undertaking the work themselves in the future, by investing in equipment and employing a full time groundsman.

Without doubt, this investment in pitch drainage should enable the club to offer even better playing surfaces, but that investment does need to be backed up by sound ongoing maintenance practices, otherwise all the good intentions could be undone in just a couple of seasons.

Pitches are the lifeblood of any club; without them, they have nothing. Bromsgrove is one of the oldest rugby clubs in the Midlands, with their first 'real game' played against Kidderminster on the Bromsgrove Recreation Ground, in front of a large crowd, on the 22nd November 1873.

Games were originally played at the 'Rec' but, in 1889, the club moved to a pitch on the Kidderminster Road. From 1893 until 1914, they played either there or the cricket ground in New Road, the arrangement varying from season to season. From 1919 until 1939, the club rented a ground of its own adjoining the county cricket ground, returning there on re-forming in 1946 after World War II.

In 1955, the club, at last, moved to its present ground at Finstall Park, albeit with only one pitch. Since then, the club has extended to enjoy four pitches, a training area and a much extended clubhouse. More recently, and in order to guarantee the future, the club has gained registration as a Friendly Society.

Whilst Bromsgrove RFC has never achieved national honours, it has provided rugby for thousands of players over the years and continues to do so, fielding five teams each Saturday, plus the Crusaders veterans team, Colts, Under 17s and Mini and Junior teams (from the ages of 8 to 16) on Sundays.

The club has enjoyed success in the North Midlands Cup, (winners 1982, semi finalists 1998), The Worcester Floodlit Cup (winners 1998, Runners up 1999) and the 2nd Team Cup organised by Kidderminster RFC.

Over the years, players from Bromsgrove have represented England Colts (the most recent being David Hunt in 1999), England under 21s, and the North Midlands and Worcestershire & Herefordshire County representative squads.