The importance of demonstrating good practice and using trained and qualified staff has never been greater albeit this is in the context of ever increasing financial pressures.

In order to take this message out to the widest audience possible, the Amenity Forum launched a special campaign commencing at SALTEX 2012 and continuing throughout 2013. To date this has involved speaking at a wide range of events including the IOG national conference, the launch of Amenity Assured and a national meeting of Green Space Wales. It also was the central theme of the Forum's very successful 2012 conference in October and at specific regional events organised by them in conjunction with partners and members. 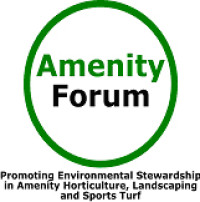 One such event was held on Friday 25th January in Wakefield hosted by City and Guilds. Despite the snow threats, a good attendance heard from the Forum chairman, Nigel Chadwick from CRD, Paul Singleton from BASIS and received a presentation from Natalie Jenkins from City and Guilds.

Further such free events are planned over the next few weeks in Bourne, Lincolnshire, and at Taunton with more to be announced soon. The events will all commence at 2pm and are scheduled to last two hours. Speakers are drawn from representatives of the Forum and the Chemicals Regulations Directive and introduced by John Moverley, Chairman of the Amenity Forum.

The dates and locations are as follows:

These events will run subject to sufficient numbers so, if you wish to attend, please contact Alan Spedding, the Forum Secretary, as soon as possible.
The Forum Chairman is also due to speak soon at the Green Space England National Forum in February and has other similar events in the diary for 2013. The whole campaign will culminate at an all day Forum conference later in 2013.

For further information on this release or any other matters, please contact the Forum Secretary, Alan.Spedding@amenityforum.co.uk