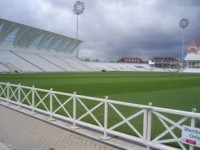 Gary Harland Wakefield MBC event organizer states" The aim of the event was to attract anyone with an interest in the Amenity Sector to make a special effort to participate and actively contribute in the pesticide debate and the impact of the European legislation, The event also co-incides with Government consultation on the new Directives relating to both pesticides and water."

Approximately 70 delegates from the pesticide trade, industry local and central Government attended the event which was chaired by John Moverely of the Amenity Forum.

These Directives will be converted into legislation and it is vital that the amenity sector not only understands the implications but also expresses its views and demonstrates its commitment to responsible use. 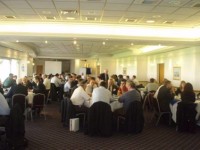 Mark Dempsey Calderdale MBC and Northern Amenity Forum Stated "The response of the sector to the Directives and then incorporated two facilitated group sessions when views and comments were collected after group discussion, these Group Discussions were particularly well received by the conference broke the day up and got delegates actively discussing the possible impacts of the legislation and also offered a good networking and information exchange opportunity as well ".

"This allows the Amenity Forum to work closely with officials and seeks to fully represent views to ensure any change is workable and still allows the sector to deliver its important work, which will hopefully feed though the appropriate channels directly back to the European Parliament " 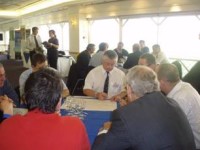 Mark Dempsey; Calderdale MBC.The Northern Local Authority Amenity Forum: How it began; where it is now