0 Amenity Sprayer Operator of the Year 2017

The overall winner of the Amenity Forum Sprayer Operator of the Year Awards, sponsored by ICL and Syngenta, and supported by BASIS, is set to be announced at BTME 2018, Harrogate. 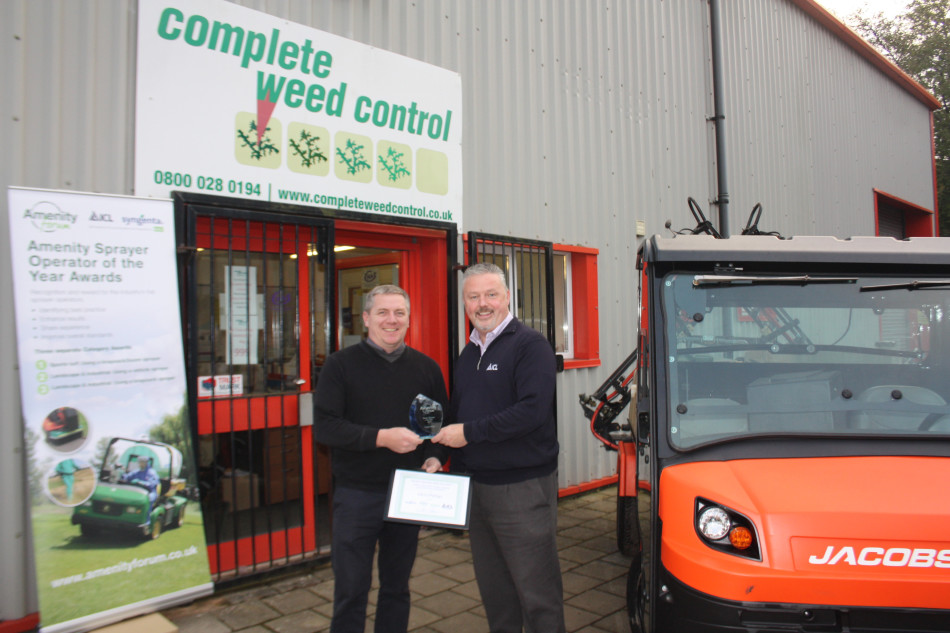 The awards, in their third year, seek to recognise and reward the industry's best sprayer operators. Its aim is to improve overall standards by identifying the best practice of individuals to enhance results - and sharing their experiences across the industry.

Over the past year, sprayer operators from all over the UK have been entering one of three categories and the winners were announced at the recent Amenity Forum conference, held at the Pirelli Stadium, Burton on Trent.

The category winners were:

Chris joined Complete Weed Control, South Wales in 2001 as an operator and soon became proficient in the skill of street pavements herbicide application before excelling in the fine turf side of the business. Since acquiring the CWC franchise in south and central Wales, his business has gone from strength to strength and in particular his work on golf courses has been widely praised.

Chris feels extremely proud to have won this category and believes it is a major achievement in his highly successful career so far. "It was an honour to receive the award. Myself and the company have always followed best practice so awards like this are a nice justification that we are doing things right," he said.

Lee joined Complete Weed Control South Wales five years ago and is regarded as a very intelligent operator, who is highly motivated and anxious to do a good job every day. He is extremely knowledgeable with all aspects of pesticide applications and especially when it comes to calibration. His precision is said to be 'legendary' within the company.

The three category winners have now been invited by ICL and Syngenta to attend the BTME Welcome Reception where the overall winner will be announced. Not only will the winner receive the Amenity Forum Shield, but they will also have a number of fantastic prizes to choose from which include.