A Derbyshire man has been forced to leave full-time work and has undergone multiple operations after a horrific workplace accident. 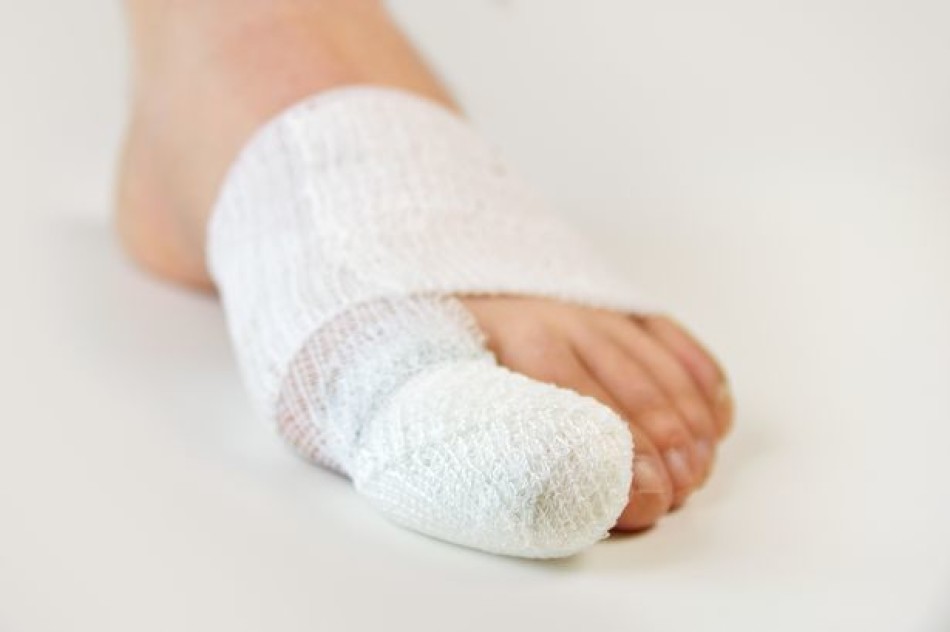 The 47-year-old groundsman tripped on a tree stump while mowing a grass bank, struck his head and was knocked unconscious.

The lawnmower he was using carried on and ran over his foot, the blades slicing through his left boot and into his big toe.

Phil, who did not wish to have his second name published, had part of the toe amputated, developed an infection and was diagnosed with post-concussion syndrome, causing him headaches and memory loss.

The condition also carries a risk of developing epilepsy, according to Derby law firm Thompsons Solicitors who represented him.

As a result of his injuries, Phil was awarded £80,000 in compensation from former employer High Peak Borough Council.

Following the accident, which took place in Buxton, Phil spent nine days in hospital and three months off work. He then returned to work on lighter duties, such as painting and decorating.

Soon after his return, Phil's contract ended and he has had to take lower-paid employment as his injury limits his ability to work and drive.

He said: "My injury has changed everything. Now that I can't drive manual vehicles, my job prospects are limited. I'm taking part-time work here and there but it's nowhere near as stable as before my accident."

"It's not just affected my work but my personal life, too. I've lost confidence and even getting around the house is a lot more difficult."

"I'm only 47, but I feel like this injury has slowed me down so much."

Angela Staples, of Thompsons Solicitors, said: "Phil was injured because of his employer's failure to risk assess the job."

"The grass verge was unsafe as there was a tree stump hidden in the ground. With some basic pre-planning, Phil wouldn't have had to put himself at serious risk of injury.

"The accident has caused significant physical and psychological harm to Phil and left him unable to do jobs he could do before."

High Peak Borough Council said that there was a full investigation into the incident.

A spokesperson said: "We regret that Phil sustained an injury to his foot while at work as a seasonal grounds maintenance operative."

"Our welfare procedures in relation to support for Phil were followed in full. This incident was fully investigated internally.

"The Health and Safety Executive also carried out a separate investigation and no enforcement action was taken."

You can read the original article from the Derby Telegraph HERE