by Rebecca Rayner
in People and Football
on 23 Aug 2018

Now retired Andover Town FC groundsman Chris White is celebrating after winning the FA National Groundsman of the Year competition for the 2017/18 season. 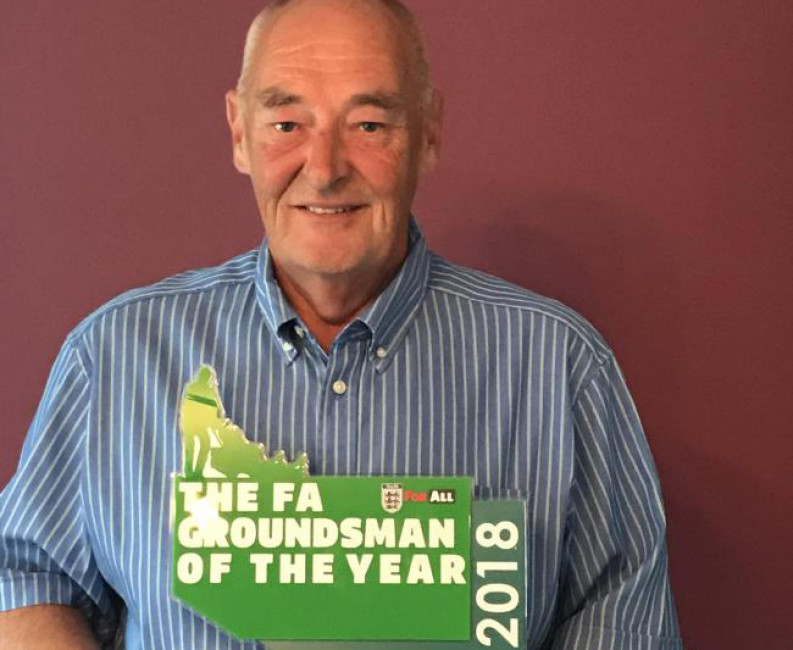 Speaking after the presentation, Chris said: "I am very surprised, honoured and so proud to have won the award. It is true recognition of what can be achieved at a grassroots level on a tiny budget, but with lots of time and care."

"I was very pleased to represent not only Andover Town but also the Sydenham's Wessex League."

"Hopefully I've left a legacy on which the club can build and a ground that others can aspire too."

Following his retirement from the Portway at the end of June this year, Chris joined the Ground Grading team of the Sydenham's Wessex League which is responsible for monitoring ground standards across all clubs in that league.

You can read the original article from the Andover Advertiser HERE