SCH (Supplies) Ltd founder and former managing director Andrew Rodwell has died age 80. Many will know Andrew from the company's 33 years of extensive attendance at garden and turf machinery shows across the country, where SCH have displayed their product range to potential customers and machinery dealers. 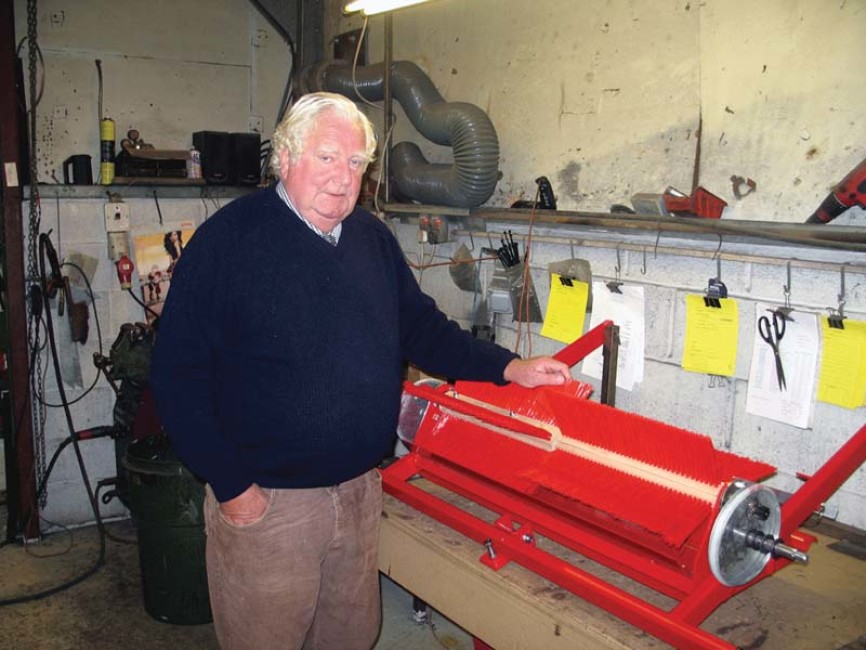 In 1986, Andrew recognised that the ordinary lawn mower tractor was capable of a lot more than merely mowing grass. With the help and encouragement of Malcolm Vandenburgh at Wests Engineering Ltd, the pair set about designing and manufacturing a range of grass care machinery. Before long, SCH (Supplies) Ltd was created and began selling products to a handful of local dealers.

Through sheer hard work and determination the business flourished and expanded, and now has a catalogue of over 200 products, and a vast network containing hundreds of machinery dealers across the country. Andrew spent countless hours thinking of every possible need for the keen gardener, groundsman and game keeper, with the popular product range constantly evolving.

From the early days of SCH, Andrew was an advocate of training local aspiring engineers. He nurtured and mentored his young apprentices, some of whom have remained with SCH for over twenty years. The business now employs 25 people who design, manufacture and deliver the machinery.

In December 2018, Andrew and his family decided to hand over the running of SCH to two of his long term employees - John Free and Ian Holder. SCH had been Andrew's passion for over thirty years, and his hard work has put the company's future on a successful trajectory. SCH will continue to trade as normal, so that his legacy is maintained.

Andrew has been described as a larger than life character, he was gregarious, often hilarious and a great British eccentric. He had a passion for anything mechanical from vintage tractors to classic cars. He will be sorely missed by SCH and all who knew him.

Andrew Rodwell was a larger than life character in more ways than one. He was large - think Mr Pickwick large - with a well spoken voice to match.

I first met Andrew at GLEE some 25 years ago and we grew to become industry friends. He didn't suffer fools gladly, so I took that as a compliment.

His company, SCH Supplies, was, at that time, just a few years old and it was my remit to sell him advertising space into the magazine I was working for at the time. He was prudent - some would say tight - but he headed up his company very successfully for over 30 years until his retirement late last year.

Selling Andrew advertising space was more difficult than negotiating Brexit, and I'm pretty sure anyone who succeeded would have had to endure a mighty verbal battle.

Back in the nineties, when video promotions were becoming the de rigueur option, Andrew's homemade effort at GLEE was Pythonesque, consisting of individual print-outs placed in front of the camera by hand - often with the Rodwell thumb in shot - and complete with a commentary straight out of public school.

And his 'free pens' giveaways at Saltex were a complete surprise; not because Andrew was actually giving something away free, but simply that they were firmly 'Araldited' to the base of the pot!

I for one will miss the irresistable personality that was Andrew Rodwell. Rest in peace old friend.