0 Andy Fogarty pitching in for Yorkshire CCC and Test heroes 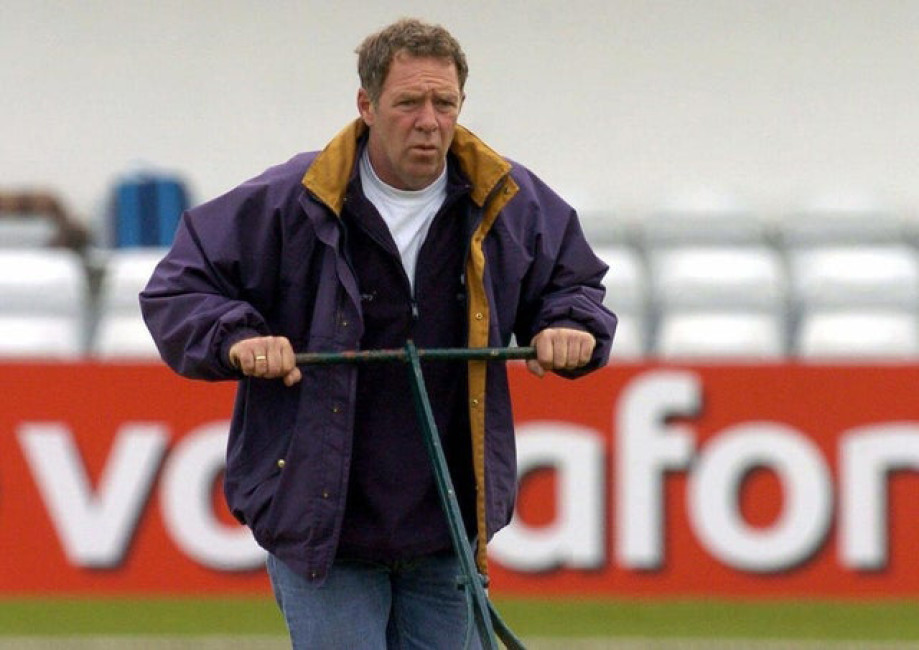 The groundstaff, led by head groundsman Andy Fogarty, deliver day-in, day-out and have the accolades to prove it. Indeed, the biggest thing in Andy's house is probably his mantelpiece, not that the modest 57-year-old would ever blow his own trumpet. ECB 'Groundsman of the Year' four times; runner-up four times; runner-up six times for his one-day pitches, plus numerous commendations.

In short, this is a guy who knows his stuff.

"It's great for me and my team to get recognition," says Andy, the current ECB 'Groundsman of the Year'. "The lads all work really hard, and it's a fabulous boost, a real shot-in-the-arm."

Such recognition is no doubt sustaining Andy through his latest challenge - that of maintaining the Headingley ground with no cricket taking place or, indeed, any prospect of it doing so in the foreseeable future.

Andy is used to rain stopping play, bad light, hailstorms and even the dreaded 'Beast from the East' storm. But Covid-19 is a different beast from the east altogether.

"Our brief is just to keep on top of the ground really," he says. "Obviously, the grass still grows and needs cutting, and we don't want to leave it any length of time because it just makes the job ten times more difficult."

"We're doing a lot of watering and irrigation in the warm weather, and we'd already done a lot of pre-season work anyway, pre-season rolling, and so on."

"But this situation is certainly alien to us. We've never encountered anything like it before. No-one has." 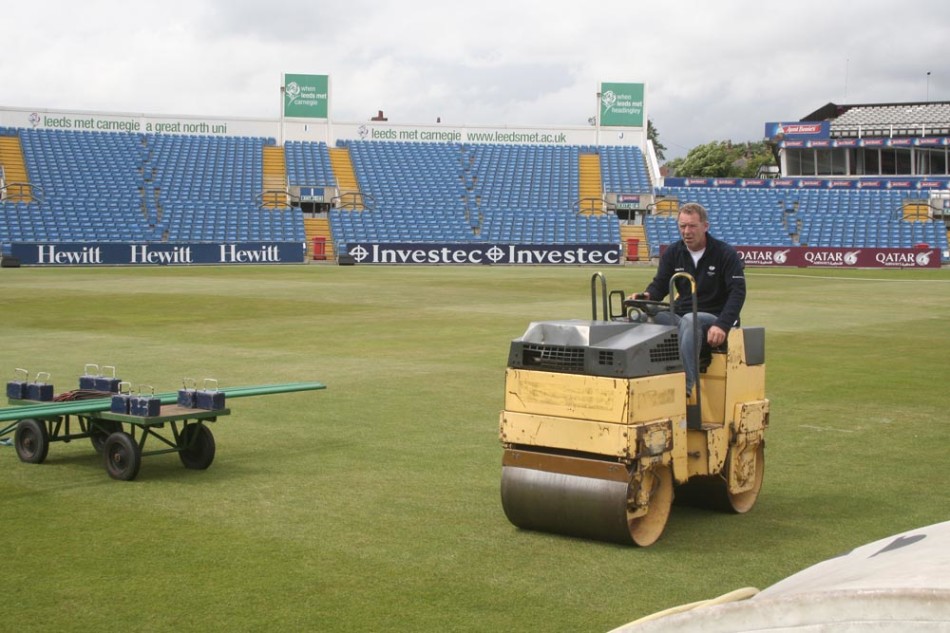 Andy is one of four members of Yorkshire's groundstaff still working along with Gareth Milthorpe at Headingley, Richard Robinson at Weetwood and Nasa Hussain at Bradford Park Avenue.

"Between the four of us, we're looking after the three sites," says Andy. "God forbid, if anything happens to any of us, we can call in the other four lads who are off at the moment on the furlough scheme."

In addition to furloughing their playing staff and all coaches apart from director of cricket Martyn Moxon, Yorkshire have furloughed most of their non-playing staff, too.

The Coronavirus Job Retention Scheme, which pays 80 per cent of an employee's salary up to £2,500 per month, has been a lifeline for many businesses, and Yorkshire estimate it will save £60,000-£70,000 a month on players' salaries.

As yet, it is unclear when cricket will resume, under what conditions (behind closed doors or otherwise) and in what form (i.e., what competitions will be played).

Who knows, Andy might even find himself preparing pitches for games in October, with talk of the season possibly being extended beyond September.

Not that this would be a problem for a consummate professional; indeed, were prizes awarded for dedication as well as ability, Andy would need an even bigger mantelpiece.

Groundstaff work crazy hours at times and are first to the ground in the morning, last to leave at night.

"The hours can be tough," says Andy. "It's why it can be difficult to recruit new staff into the industry; a lot of younger people are put off by the pay at the start and also by the hours that they have to put in." 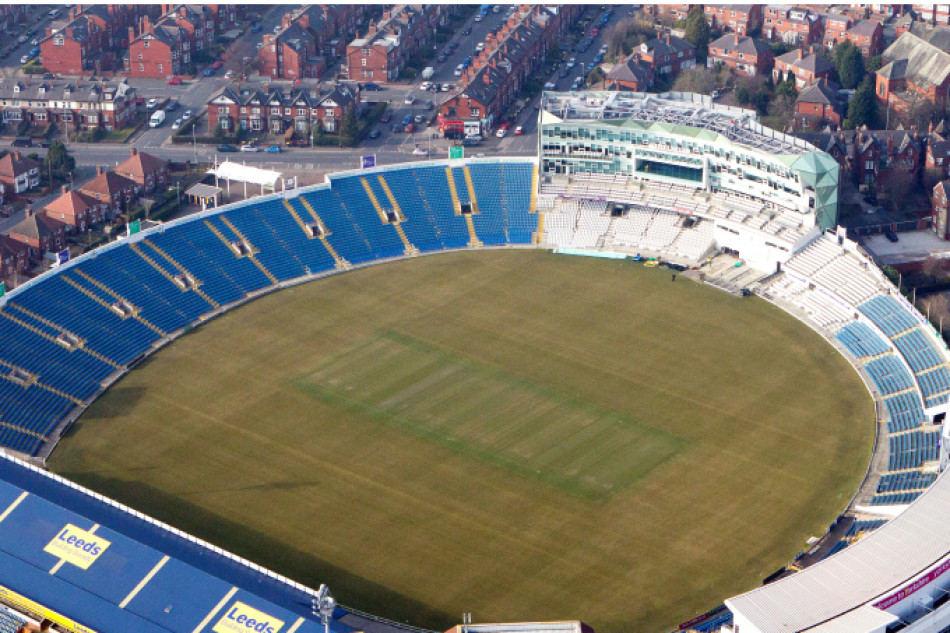 "Then we've got to cover up everything after that, do any watering and repair work, and we also cut the outfield as we'd rather do that in the evening than early morning when there's dew or dampness around."

Andy lives not far from Headingley and gets up at around 5.45am for his 6.30am start. Some members of his team live as far out as Huddersfield and Ilkley, though, meaning that they have to get up at around the same time as any self-respecting journalist is just getting in from a night on the town (pre lockdown era, of course).

Floodlit fixtures and the various demands posed by cricket's different competitions make the groundstaff's job ever tougher these days and the hours even longer. Such demands are heightened, of course, when a Test match is on.

"That's your biggest game of the season, obviously, and you want everything to be right," says Andy. "We can be here at 3.00am sometimes, checking things over."

"If it's blowing a gale and it's absolutely torrential rain, I can't just lay in bed at home and listen to it all going off outside." 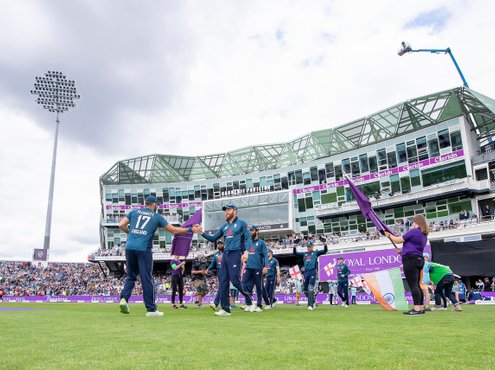 "The last thing I want is to nip into the office on the day of a Test match against the Australians and say to (chief executive) Mark Arthur, 'Mark, we've got a problem. The covers blew off in the middle of the night.' Can you imagine that? I can't do that. I'd rather put my mind at ease and pop down to the ground."

"But that's not unusual; I'm not the only one who does that. Every groundsman who looks after a county ground in the country would do the same."

"That's why, years ago, a lot of groundsmen used to live on the grounds. We want everything to be right, and it's just that peace of mind."

There was no prouder man than Andy - and no more appreciative one than Arthur - when everything went like clockwork at last year's Headingley Test.

"You're not going to see a finish to a Test match like that for a long time," says Andy. "It was unbelievable, and I was so proud for everyone involved with the club."

"It was a tremendous year, what with the Ashes, four World Cup matches and a one-day international against Pakistan. We were lucky with the weather, and everything seemed to go smoothly; we didn't have any problems."

The perennial bugbear of groundsmen everywhere.

"It can be really frustrating," says Andy. "You've done all the hard work getting what you hope is a wonderful pitch ready, the outfield looks pristine and everything's in place, and, blow me, half-an-hour before the start, the heavens open. It just frustrates the groundstaff, the players, the spectators, everyone."

"Thankfully, the radar systems that we have now are superb and can pick up the slightest shower that's heading our way. We know what to expect, when to expect it, how long it's going to last for and practically how much rain is going to drop, too."

"In the past, it was just play-it-by-ear really and look up at the sky."

You can read the original article from the Yorkshire Post HERE