by Editor
in General Interest, Football, and Machinery & Mechanics
on 21 Jun 2019

HMP Kirkham prison officer Andy Maxfield is aiming to break the Guinness World Record this weekend, for pushing a walk-behind mower as far as possible in 24 hours - using a John Deere supplied by dealers Balmers GM 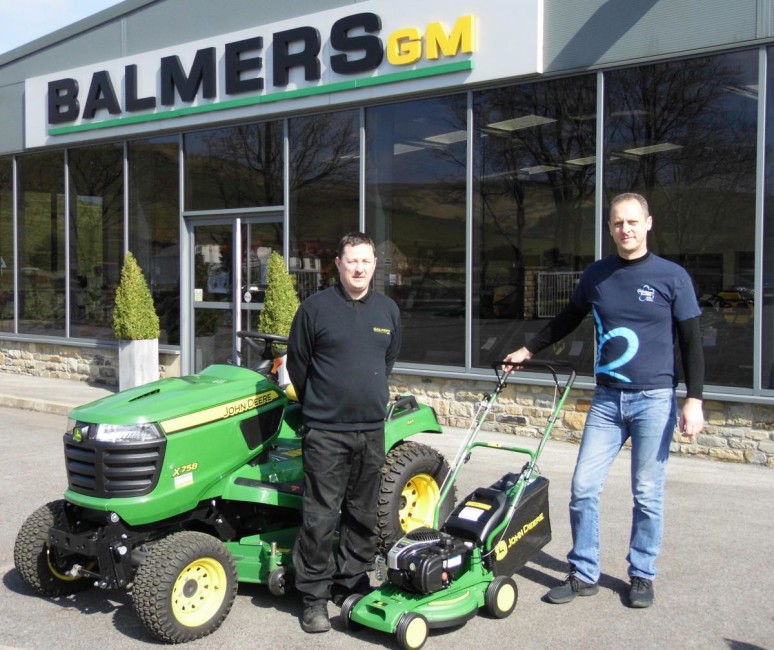 In July 2017 Andy Maxfield achieved a world record by driving a John Deere X750 lawn tractor from John O'Groats to Land's End, a distance of 874.3 miles, in five days, eight hours and 45 minutes. Not content with one record, Andy is now embarking on his second challenge, 'Football United against Dementia', once again raising money for Alzheimer's Society.

The current walk-behind mower record stands at 57.6 miles (92.71km), but Andy is hoping he can beat that with a John Deere R40 pedestrian lawnmower supplied by the company's dealer Balmers GM in Burnley. This is a standard push petrol mower, with a 40cm cutting width, Briggs & Stratton motor and tough polypropylene deck.

"I had a John Deere ride-on mower for the John O'Groats to Land's End journey and it never missed a beat, so a John Deere walk-behind for the lawnmower challenge seemed the obvious choice," says Andy. "It's not the mower I'm concerned about. I'm definitely going to need my go-faster trainers to maintain the pace!"

After the record attempt Balmers GM is donating the mower to be raffled in a further boost for Andy's fundraising for Alzheimer's Society. The raffle will be drawn on the John Deere stand on Thursday 11th July at the Great Yorkshire Show in Harrogate. 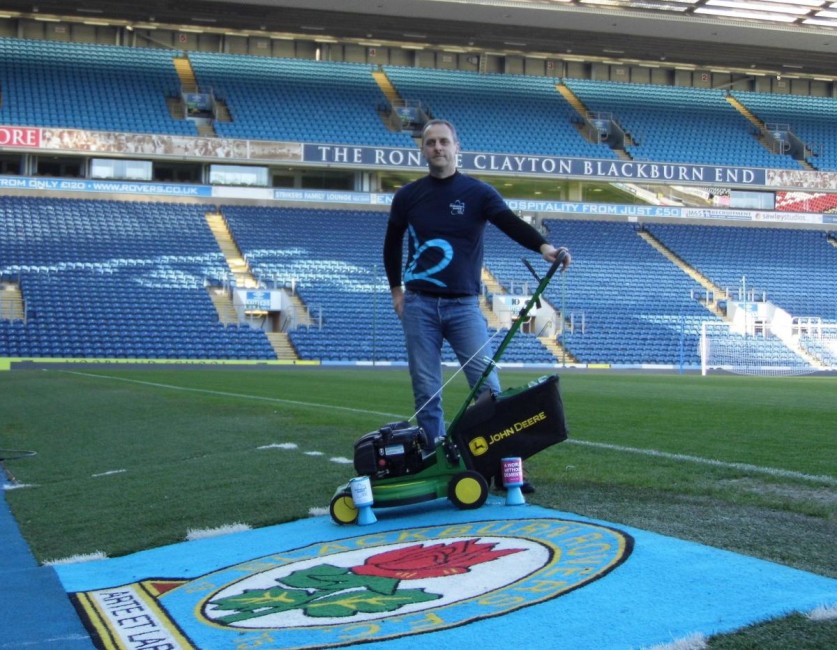 As a keen football fan, Andy is contacting football clubs around the country asking for their support. "My fundraising target is £9200, which might seem an unusual amount but there are 92 league football clubs in England and Wales and of course the existing record is just over 92km. Football fans are generous as well as competitive. It would be fantastic to see a wide and diverse range of teams - even from across the world - visiting my JustGiving page and leaving messages of support."

Simon Phillips, general manager of Balmers GM, adds that the company is delighted to be helping Andy. "Initially we were asked to lend him a lawnmower, but when the idea of a raffle was mentioned, we were happy to step up and donate it. We will give the mower a service between the record attempt on 22nd June and the draw on our stand at the Great Yorkshire Show in July, so it will be good as new!"

Alzheimer's Society is a charity close to Andy's heart. His father suffered from Alzheimer's for 13 years and sadly passed away on 1st Jan 2018, unaware of Andy's record breaking journey from John O'Groats to Land's End.

Sue Swire, community fundraiser for Alzheimer's Society in Cumbria & Lancashire, adds: "This is another amazing challenge by Andy to raise money for Alzheimer's Society and unite against dementia. Dementia devastates lives, but dementia won't win. Funds from this record attempt will help us move a step closer to a world without this cruel disease."