Vandals who lit a bonfire on a junior football pitch in Barrow have been slammed by a member of the club. 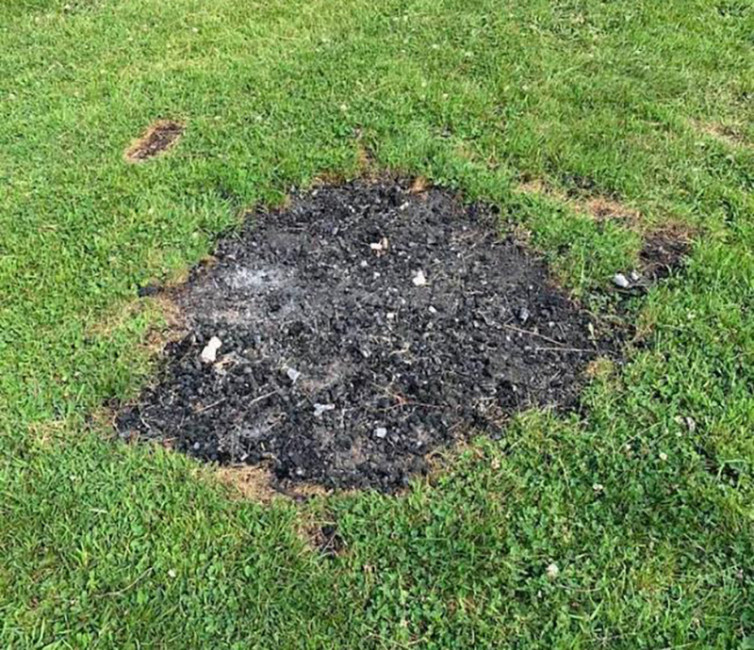 Football coach Paul Speirs said Barrow Wanderers Juniors are now thinking about having to fence off the field to stop people from wrecking the turf.

Mr Speirs, coach and groundsman at the club, noticed the bonfire scorch marks on the pitch recently and he has appealed to the public not to disrespect the fields, which they have left open to be enjoyed by everyone.

He said the damage was 'just about on the corner flag' area of the pitch.

"For this season (the pitch) is probably was not needed as I imagine we have until January before we are playing again," he said.

"We will need to dig it out and reseed it before then though.

"It is vandalism pure and simple. Everyone knows it is a football pitch.

"We have had to take the goalposts down because of vandalism as well. It is a shame as we do leave it open for young people to use. This is the first bonfire I have had to deal with and this pitch has been going for three or four years now.

"I asked people to use it and enjoy the pitch, don't disrespect it. The same goes for dog walkers, make sure you clean up your dog mess. It is private property at the end of the day and we do not want to have to fence it off because of this behaviour.

"We have one elderly gentleman that practises his (golf) chip shots on there. He asked if it was okay for him to do it and he keeps it tidy. If I didn't see him, I would not have known he had been."