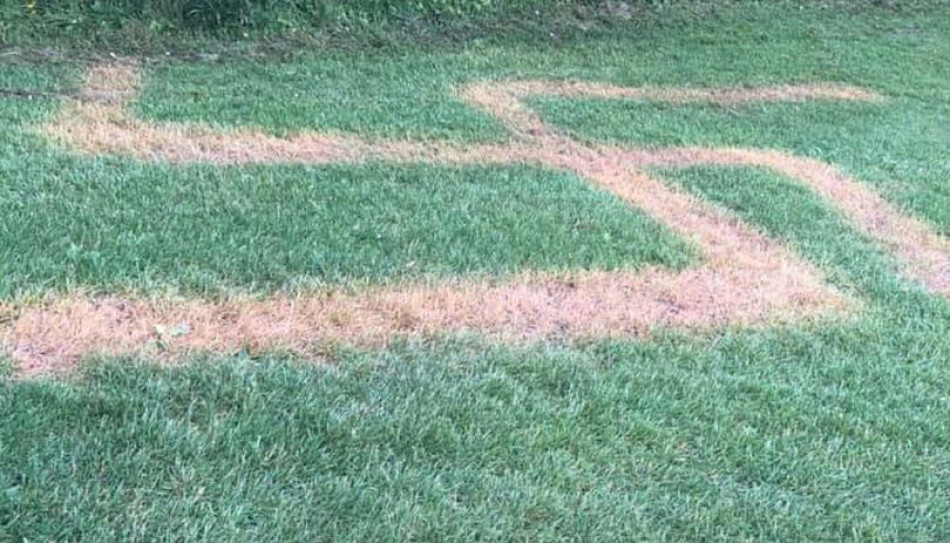 The swastika appeared in grass near Stanley Park Golf Club

Members of the Blackpool community are outraged after abusive messages were etched into the ground near a popular golf club.

One was seemingly directed towards NHS staff while a swastika, the symbol of Hitler's Nazi party and today's right-wing, was also found nearby.

The message, which says 'NHS ****', has been etched into the grass at Stanley Park Golf Course.

Shortly after it was posted, another member of the public shared a photograph of the swastika, which is reportedly 'nearby'.

According to community forum, Blackpool's Voice, it is believed that the messages may have been written by someone using weed killer. 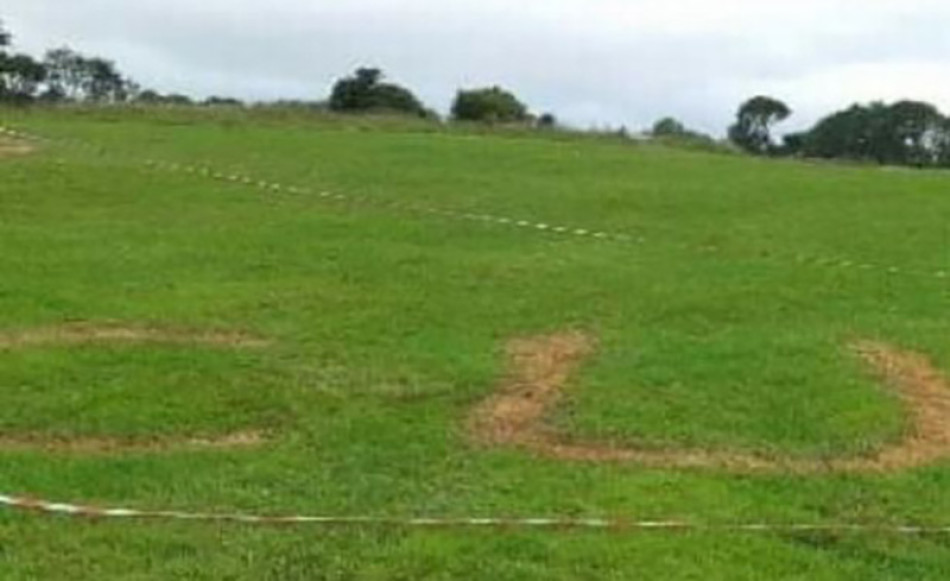 The writing spells out an offensive word

It comes just weeks after the nation joined for its final 'clap for the NHS' event, which took place for 10 weeks to show appreciation to healthcare workers for their role in the fight against coronavirus.

The message has understandably caused anger among the Blackpool community, with dozens of people calling for the person to be found and reprimanded.

"We need to start taking some control back from these mindless muppets, this is just another example of what certain groups & individuals are doing to cause nuisance and criminal damage etc in their neighbourhoods & communities......but obviously we need to do it in the best way we can....and legally."

Another added: " How disgusting the lowest of the low to target the NHS who decent people respect so very much "Shame on you."