by External source
in People and Football
on 05 Jul 2018

Renowned groundsman Lee Watson has scooped another award for his grassroots work in the non-league game for Clay Cross Town Football Club. 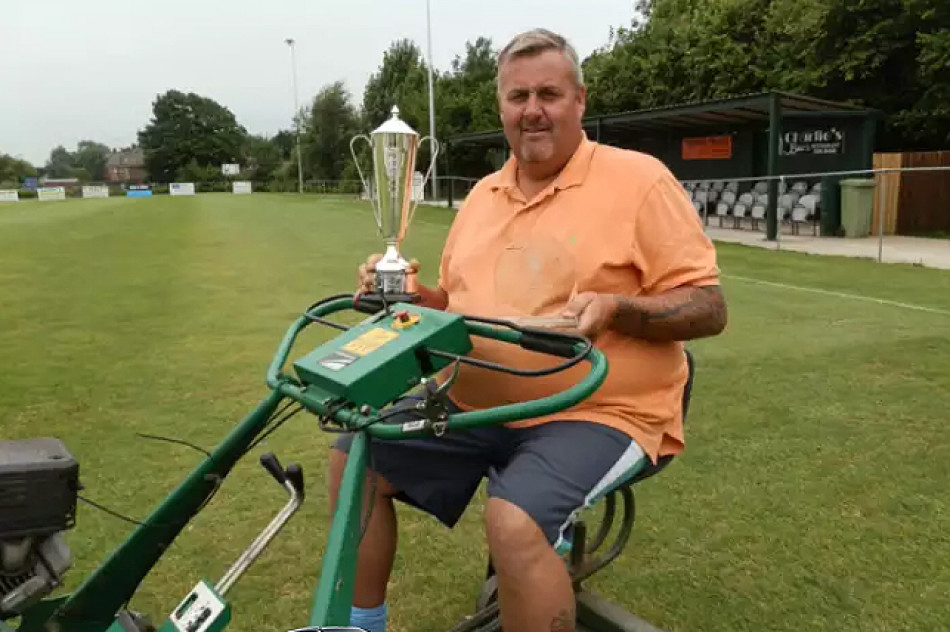 Lee will next be judged on the national stage, and if he is successful there, he will be invited to the FA Community Shield match at Wembley between Manchester City and Chelsea to receive his award before the curtain-raiser to next season's Premier League campaign.

The Grassroots Football Awards recognise and celebrate the work of individuals and groups that reflects the FA's core values of progression, respect, inclusivity, determination and excellence and makes a positive diffference to clubs, leagues and communities.

After a record number of 2,904 nominations across the country, each county has come up with winners for ten different categories. The Derbyshire winners also include South Normanton FC, who were named charter standard club of the year, and Ben Hadfield, of Heanor Town Juniors, who was named coach of the year.

All the winners will now be invited to an awards evening on Friday, September 7 to celebrate their success. Dawn Heron, chief executive officer of Derbyshire FA, said: "The calibre of candidates nominated shows the passion and drive from our volunteers to help us run the grassroots game. Without the volunteers in the county, the game would not be able to thrive and develop."

Greg Clarke, chairman of the FA, congratulated all the Derbyshire winners and said it was "fantastic to hear so many stories of dedication and commitment throughout the grassroots game".

Liam Rooney, football development officer for clubs and leagues, said: "These awards allow us to say thankyou to those who dedicate so much time to the game across Derbyshire."

You can read the original article from the Derbyshire Times HERE