0 Another two golf clubs have their trophies stolen

Dozens of golf clubs, especially in the south east of England, have had their trophies stolen in raids over the last two years. It is thought silver trophies are particularly targeted as the value of silver has soared since the start of this century. 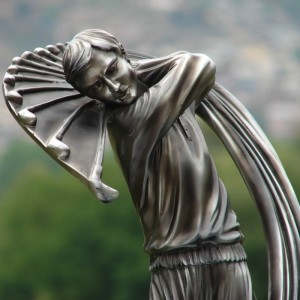 At Chorlton-cum-Hardy Golf Club, just four miles south of Manchester city centre, thieves smashed their way into the venue through a patio door and stole 30 silver or silver-plated trophies worth more than £10,000.

The trophy cabinet, which contained artifacts dating back over a century, was emptied. Inside they took 30 silver or silver-plated trophies including a captain's bowl and the Batty Trophy, which dates back to 1910 and is still competed for annually.

Dave Boyle, 68, club member and former captain, said: "Members were heartbroken. Some are in their 70s or 80s and won these competitions 40 years ago when they were in their prime.

"Their names will be inscribed on them so they have lost something personal and a record of their achievement.

"It must have been a targeted theft as they walked past two 40inch TVs and went straight to the trophy cabinet.

"We are warning other golf clubs as you tend to find when one is done others will be too."

The theft is thought to be the work of two or three burglars, who broke in at around 3am. Only 10 of the club's trophies, that were not in the cabinet, were left behind. And police have released images of some of the trophies that were among items stolen from Lutterworth Golf Club in Leicestershire and are appealing for information as to their whereabouts.

Thirty silver plated, solid silver, pewter and glass trophies were taken from the golf club. Burglars gained entry through the rear window of the clubhouse, where they smashed the door to the trophy cabinet before stealing the trophies.

For the full story from Golf Club Management click here.