by External source
in Industry News
on 16 Nov 2014 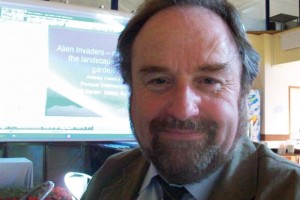 The changes, which are due to take effect from 2017, will mean that apprenticeships will have to be at least a year long, graded rather than pass or fail and judged through "rigorous, independent assessment".

The new system will be employer-led and the Government will also give employers responsibility for apprentices' training and assessment funding, currently paid directly from Government to colleges.

The Department for Business, Innovation & Skills and the Department for Education have called for business sectors to produce "trailblazer" groups and to apply to enter the process of drawing up apprenticeship standards by submitting concise information documents.

Horticultural businesses, facilitated by Lantra, have now formed a "horticulture and tree work" trailblazer. The application has been accepted and was announced as part of the third round of trailblazer groups at the end of October.

The group is planning to hold an initial meeting in the first days of December and following that the sub-groups will meet separately to draw up detailed proposals for apprenticeship standards.

Earlier this summer, organisations including skills council Lantra and BALI warned that the industry would be left without formal internships if it failed to organise itself and submit the required information.

The group will be chaired by Bartlett Tree Experts general manager Ian Barrow and is currently made up of a range of employers.

It is divided into two sub-groups - one covering forestry and arboriculture to be chaired by Barrow and the other landscape and horticulture chaired by Ground Control national group training manager and BALI technical director Neil Huck.

For the full article from Horticulture Week click here.