by Louise Challiss
in Woodland Management, Machinery & Mechanics, and Arboriculture
on 20 May 2020

After making the switch from graphic design to tree surgery in his mid-twenties, Tim Hill then went on to found Twentyeight Trees... when he turned 28! Now two years later and with an ever-growing order book, the time was right to invest in a woodchipper and it was a GreenMech Arborist 130 that fitted the bill. Having previously hired chippers when required, Tim is quickly noticing both the practical and economical benefits of owning his own. 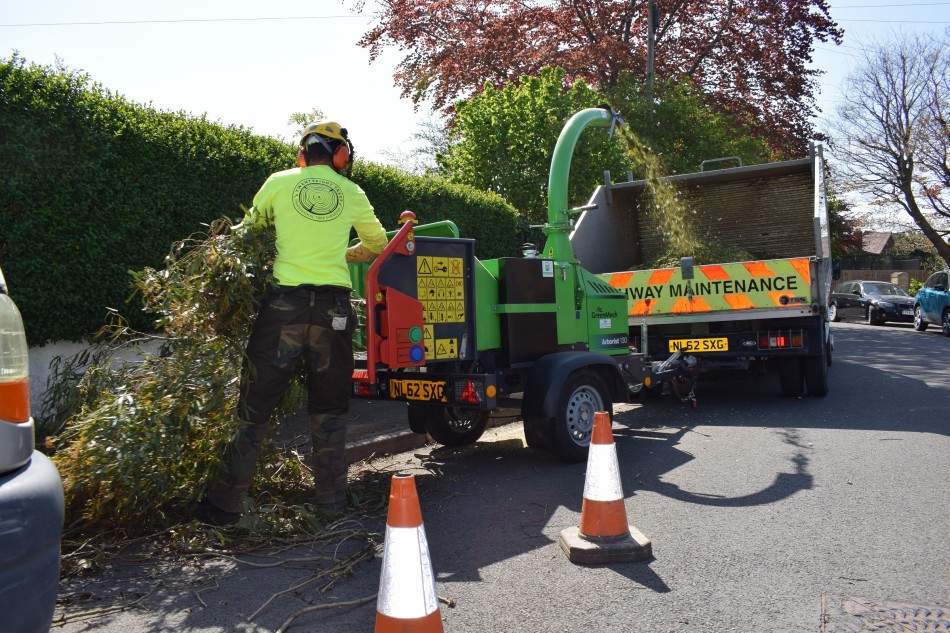 Twentyeight Trees undertake a variety of tree and hedge maintenance projects in and around Wiltshire. "Over the last 18 months, we were hiring in chippers on average three times a week which is not only expensive but comes with the stress of looking after and safely storing a machine that's not your own." With the majority of Tim's work being domestic in nature, he knew that when it came to buying a chipper, a small machine that could easily navigate residential streets and restricted access properties and gardens was what he needed.

"I looked at a few different makes and models but there were a few reasons the GreenMech machine came out on top. Simple things like the fact the Arb 130 is fitted with a handbrake, which makes manoeuvring the chipper on sloped driveways or paths much easier, and the foldable discharge chute which makes storage of it nice and easy. Another positive, again simple, is the fact it has a bonnet - not all chippers do! With outdoor working, in particular the weather and risk of debris, it gives the engine valuable protection as well as making the chipper better visually."

Tim took delivery of the Arb 130 from GA Groundcare at the beginning of April. "Ashley at GA Groundcare was knowledgeable and helpful throughout the process, making me feel confident and comfortable during what has been such a worrying time for a lot of companies. By following the AA guidelines, my team and I have been able to continue working and, with many people at home, our workload has rocketed." Tim concludes, "We're thankful we purchased the Arb 130 when we did and it has certainly been put through its paces these last few weeks, processing brash and timber of all shapes and sizes. It's been spot on."