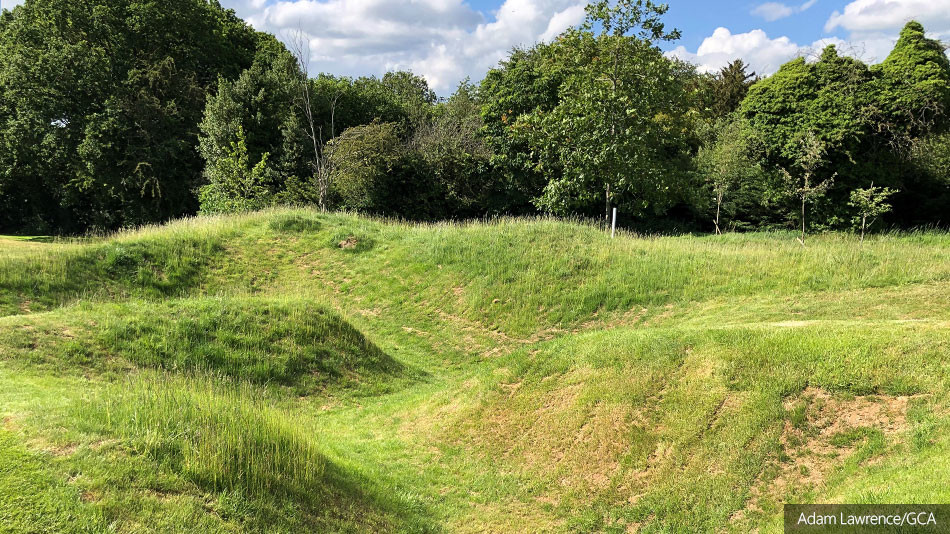 Working with shaper Frank Lovell, Lobb has constructed a range of new 'Park Pits' along the right side of the drive zone on the par-five sixteenth hole, with the aim of pushing play away from that side of the hole, and the houses that flank it.

"The sixteenth is a good par five, but, standing on the tee, golfers would have thought the correct line was to the right, close to the houses," said Lobb. "It needs, for safety reasons at the very least, to be played as a slight dogleg to the right, with players aiming their tee shots further left."

Building the range of five pits was a natural choice for the architect, given the plethora of such earthworks around the Huntercombe course, built by original designer Park. The new pits get deeper and more challenging the further they are from the tee. "Park pits look a bit odd at first glance, but they are absolutely fundamental to the appeal and challenge of Huntercombe," said Lobb. "So, it was an easy decision to replicate the idea here on the sixteenth."

Once shaped by Lovell, Lobb's pits were grassed with turf sourced from the club's driving range. "We could have brought in turf, but new grass would inevitably have stood out, so using sods from the range helped the work to blend in more quickly," the architect said.

You can read the original article from Golf Course Architect HERE